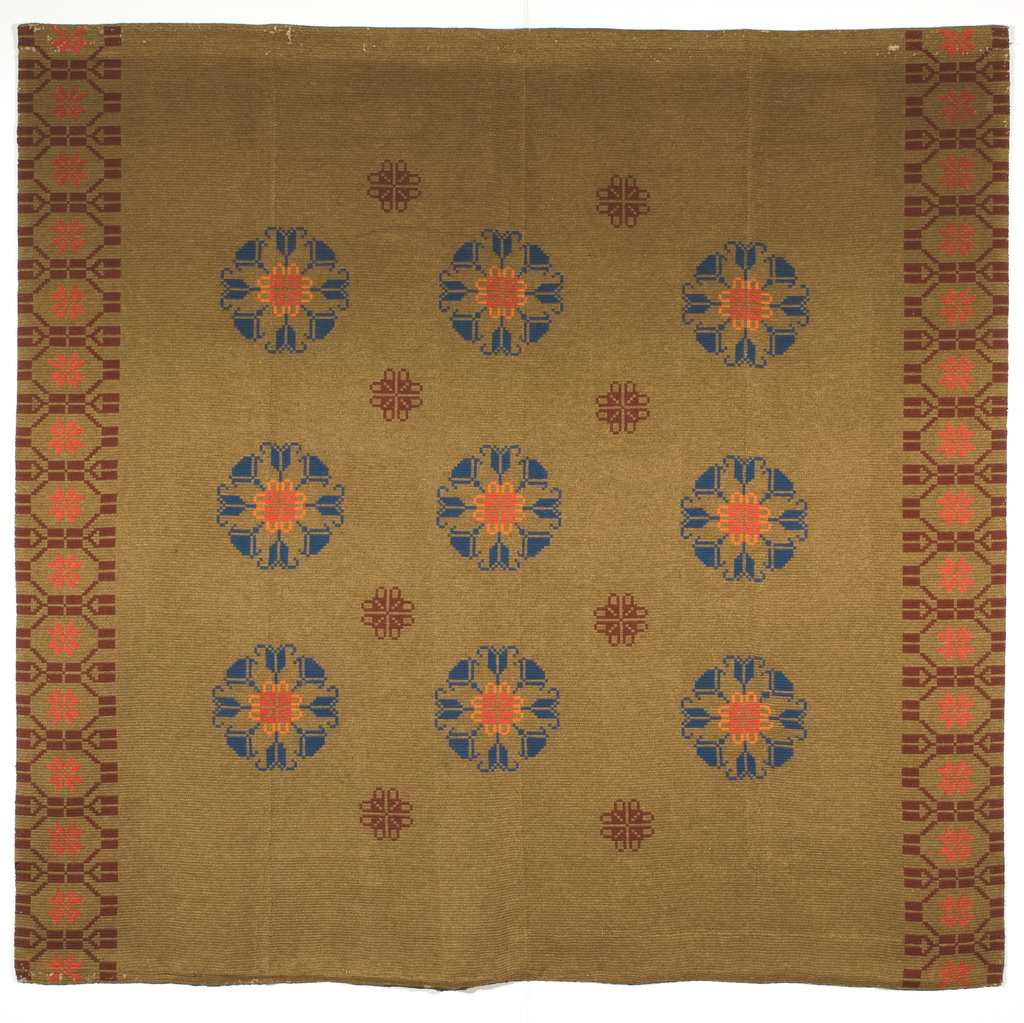 The Canberra Lithuanian Community Association was formed in 1963. Its 250 founding members were Canberra residents who had immigrated to Australia in the late 1940s. Their Lyneham club, built by members in 1972, was a ‘home away from home’ for members. Using traditional Lithuanian designs and made by club members, the embroidery was worked in canvas stitch in three colours on a brown ground in four panels, and was intended to create a familiar and homely atmosphere in the club.