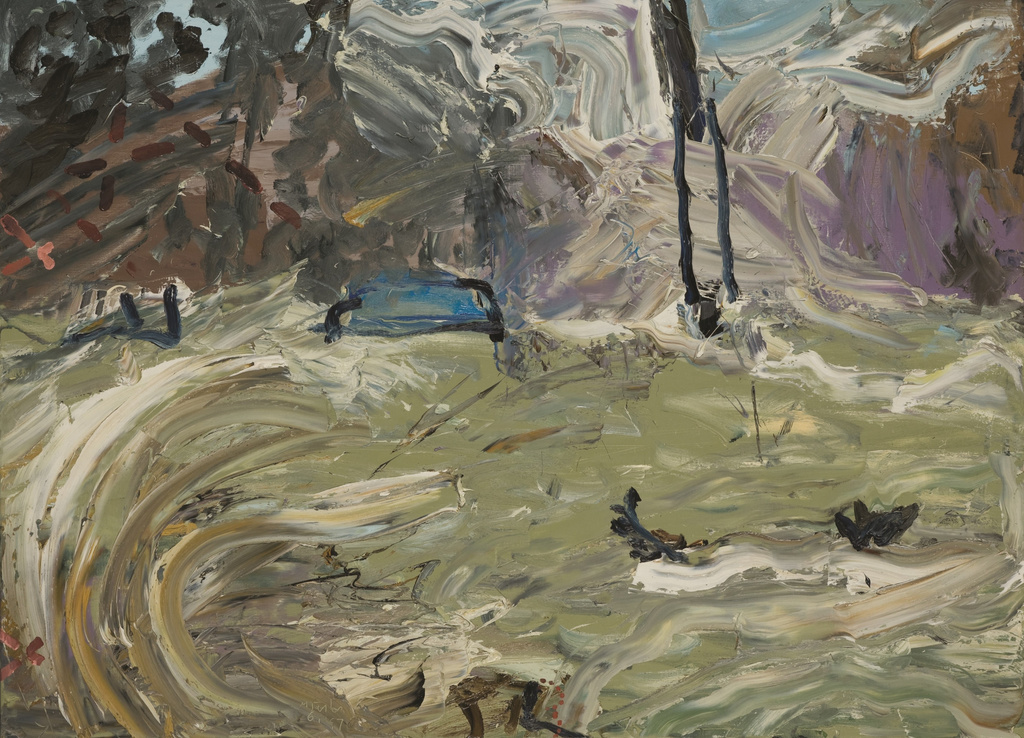 Michael Taylor was born in Sydney and studied at East Sydney Technical College from 1949 to 1953, graduating with a Diploma in Painting. He travelled in Asia in 1959 and, after winning the New South Wales Travelling Art Scholarship in 1960, spent three years in Europe. In 1972 Taylor settled in the Canberra region, first at Bredbo and then in 1995 in Cooma. From 1974 to 1975 he travelled in the United States, Europe and India.

Taylor is an important Australian artist whose work is held in the collections of the National Gallery of Australia and major state galleries, regional and corporate collections, and numerous private collections. He established a reputation very early as an expressionist painter of rare verve, and between 1964 and 1990 held thirty-five solo exhibitions in Sydney and Melbourne. Taylor has been included in many significant group exhibitions including: Biennale des Jeunes (1963, Paris); Contemporary Australian Paintings (1966, Los Angeles); Australian Art Today (1969, touring South-East Asia); Ten Australians (1974-75, touring Europe); and L’art contemporain Australien (1991, Noumea). In 1979 he was a Creative Arts Fellow at the Australian National University. In 2006 CMAG held an exhibition of his collages, primarily produced between 1999 and 2005: Exhibition swing: Collages by Michael Taylor.

Taylor’s paintings are powerful yet lyrical; many are purely abstract but many are evocations inspired by natural phenomena that shape the movement and form of the work. Flash flood is a fine example of the artist’s direct response to the turbulence of nature, in this case the Murrumbidgee after heavy rain. Taylor’s intimate observation of his environment renders the flood as a swirling chaotic river of pigment alive with the forces of nature and the debris thrown up by the flood, including a dog desperately swimming against the tide. This painting was included in The big river show: Murrumbidgee Riverine exhibition held at Wagga Wagga Art Gallery from October to December 2002.