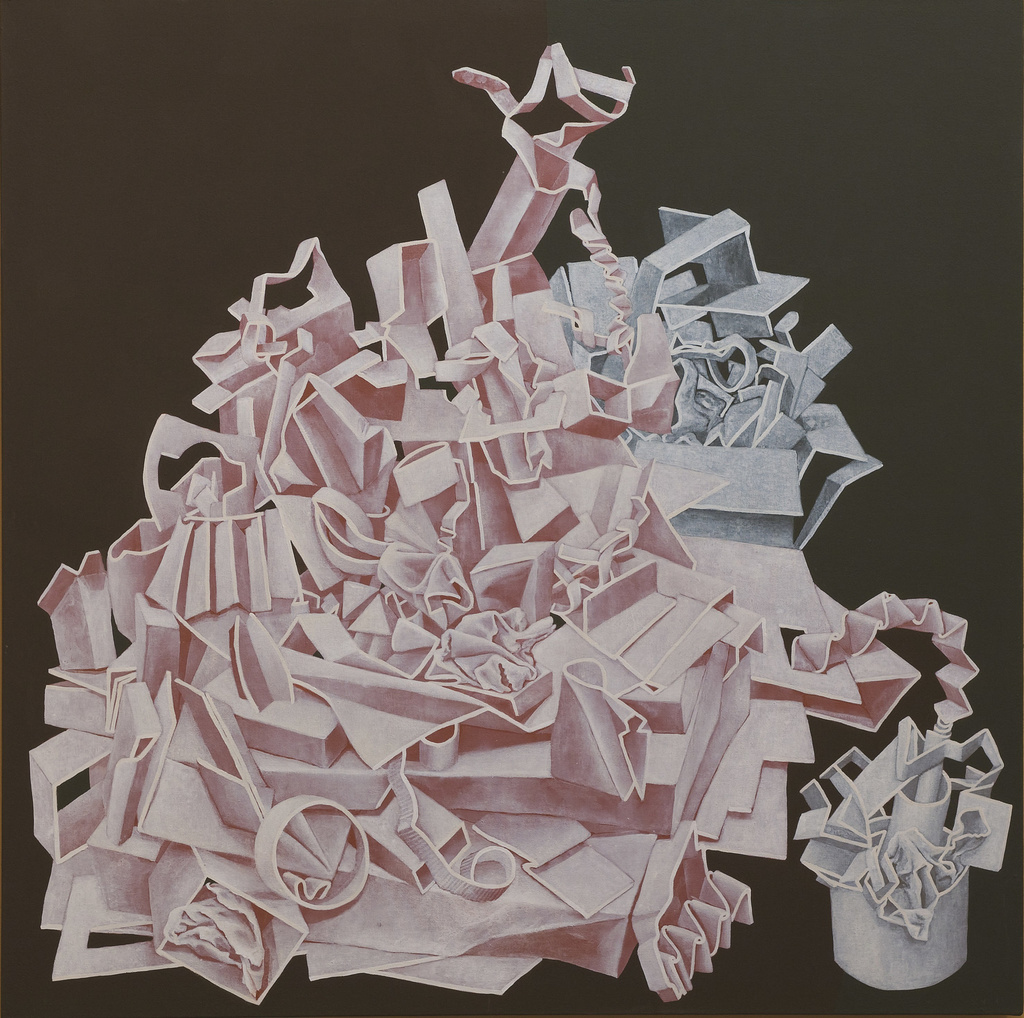 Ruth Waller was born in Sydney and studied at the Alexander Mackie School of Art in Sydney in the 1970s (now College of Fine Arts, University of New South Wales). In 2000 she completed a Master of Arts at the ANU School of Art, where she has taught since 1990; she is currently the Head of the Painting Workshop there. Waller has exhibited her work in Australia for over twenty-five years, in solo and group shows, and she is represented in regional, state and national collections.

Her early painting demonstrated a strong interest in the natural world, in eco-systems in danger, in undervalued, invisible and unseen life forms. In recent years her focus has shifted more towards the act of seeing in painting, and painting’s history of representation. Italian and Northern Renaissance art has provided rich source material for some extraordinarily layered and reflective painting, which also reflects contemporary and personal subjects.

Deposition (polychrome) is one of a series of paintings in which the artist has borrowed from fifteenth-century northern European altarpieces, specifically scenes of lamentation on the death of Christ. Waller has described this series as a fusion of her fascination with the lamentation scenes and ‘a perverse pleasure…found in the garbage skips of Barcelona’ (where she had an artist residency in 2000). A carefully arranged tier of cardboard boxes, crumpled paper, packaging and other detritus is delicately rendered in pink and grey-blue hues on a dark background, the resulting visual rhythm alluding to the dramatic and complex compositions of the altarpieces, where a number of figures interact powerfully in a shallow space.

Waller’s intellectual and aesthetic reach in drawing on the subjects and visual organisation of Renaissance painting extends to the incorporation of contemporary themes in her work. Environmental issues, chaos and civilisation, permanence and transience, conflict and harmony are all invoked by her intriguing paintings. And in their references to the history of painting and the act of seeing, the artist confirms the centrality of the practice of painting as a carrier of multiple – including contemporary – meanings.

Purchased with funds donated by ACTTAB