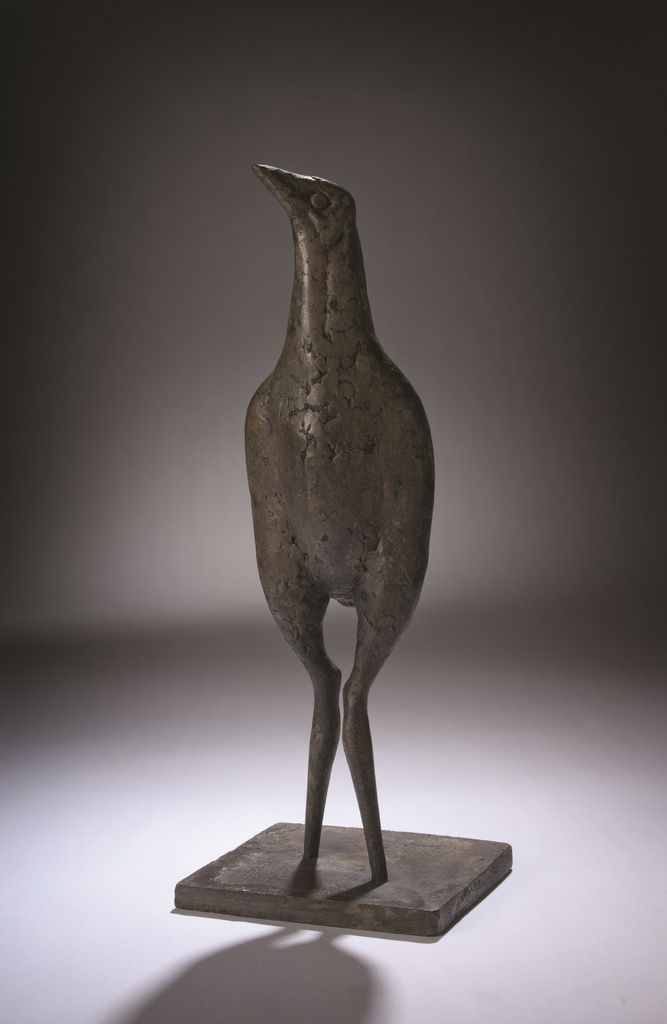 Jan Brown was born in Sydney in 1922 and studied art at East Sydney Technical College as an evening student for six years. In 1947 she moved to London and studied full-time at Chelsea Polytechnic School of Art, graduating in 1949 as the top national diploma student in sculpture. Brown returned to Australia in 1956, to Canberra, and began a long career making and exhibiting sculpture and teaching. She taught for over forty years at the Canberra Technical College through its evolution into the ANU School of Art – principally drawing and sculpture. Brown has been an important influence on art in Canberra and, in addition to her long commitment to the training of artists and her sustained exhibiting career, has been at the forefront of many Canberra arts organisations and active in the development of arts infrastructure in the region.

In her art practice Brown has had a sustained interest in the representation of birds and animals. At Chelsea she was taught by Henry Moore, who was at the centre of the sculpture revival in Britain, and from him she absorbed a humanist perspective and a strong interest in carving and modelling simple volumes. In Canberra, far from the anxious vitalism of post-war Europe, Brown adapted her figurative work into observations straight from her bush garden – of birds mainly: magpies, currawongs, native pigeons, ravens, owls and ducks. In these sculptures – and drawings and prints – she encapsulates many of the concerns of twentieth-century sculpture, as well as life: the passage of time and the rhythms of nature are key elements.

Young bird is exemplary of Brown’s simple evocative sculpture. Peeled back to the essentials, its form is rendered quite smoothly with very simple planes. Its pose is mildly comical, knock-kneed and inquisitive, yet it is also essentially a bird and not human, not anthropomorphised. Rather Brown’s birds remind us that as humans we are merely one species among many, minor creatures in a very large universe.

Jan Brown’s major public commission, the life-size bronze Kangaroos 1979-80 in Commonwealth Park, a favourite public space on the north side of Lake Burley Griffin, is a much-beloved work of art in Canberra. In 2008 the artist was the subject of a retrospective exhibition at CMAG, Jan Brown: Sculptures, prints and drawings, spanning work from 1948 to 2007. Much of this exhibition was drawn from the generous and substantial Jan Brown gift of works to CMAG.