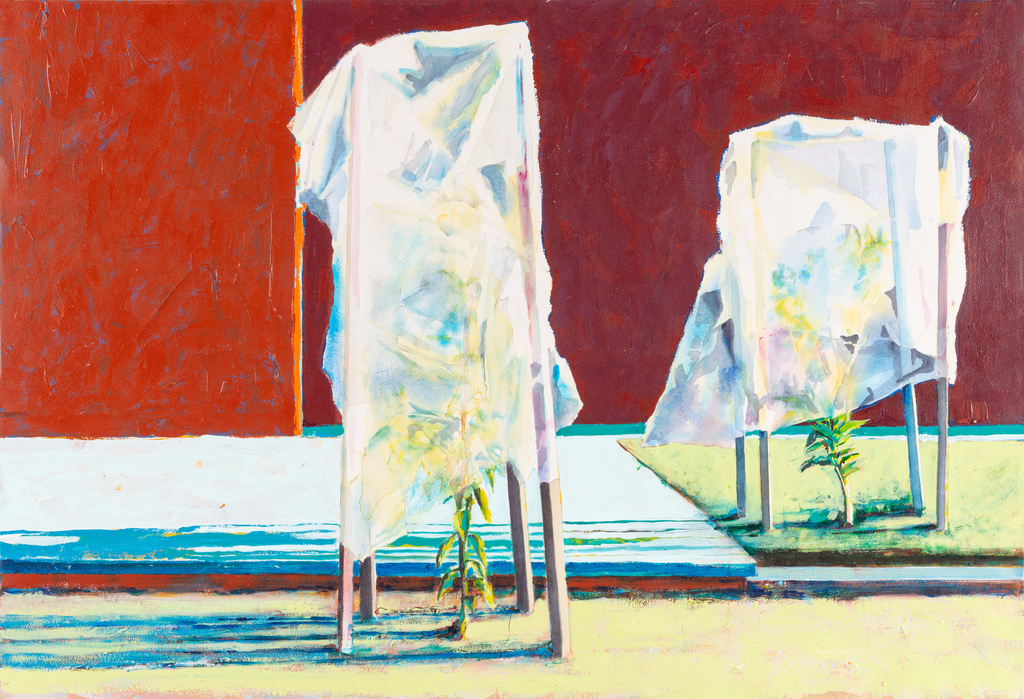 1979, gouache and watercolour on paper

Gouache and watercolour illustration of two trees covered with netting. The artist uses the imagery of the two trees as a metaphorical representation of two suburban women.