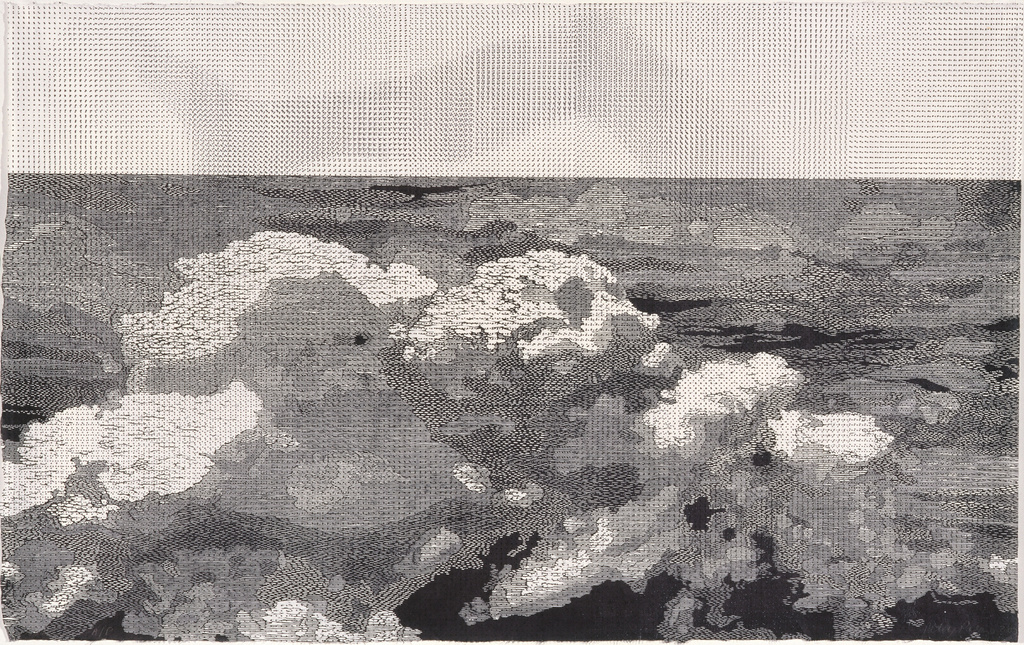 2002, screenprint and linocut on Kozo paper

Patsy Payne was born in London and came to Australia in 1960 where she grew up on Sydney’s northern beaches. Payne studied archaeology and education at the University of Sydney, and then printmaking at Sydney College of the Arts, where she was subsequently a lecturer in the early 1990s. She has been Head of the Printmedia and Drawing Workshop at the ANU School of Art since 1995.

Payne has exhibited her work extensively since 1983, in solo and group shows, across Australia and in Switzerland, Austria, France, Poland, Hungary, the UK and Japan, and has had artist residencies in Sri Lanka, Switzerland, Belgium and the US. Her work is widely collected and is held in major public collections, including the National Gallery of Australia .

Payne works across the spectrum of the graphic arts, making linocuts, woodcuts, screenprints, photo-etchings and drawings in various media; she frequently combines several techniques in a work or series. Many of her prints are not editioned and are unique. Payne’s art is exquisitely subtle and nuanced. Taking cues from the landscape, the human body or symbols such as the mandala, she produces graphic works that appear deceptively simple – often monochromatic – but which are actually complex, layered virtuoso examples of printmaking. Wind II is a linocut of a cloudscape transformed into another landscape. The depth achieved in the shades of grey gives this work an airiness and transparency that suggests an infinite stretch of sky; in Payne’s lighter-than-air works there is a strong metaphysical component, making a connection between human endeavour and the order of the cosmos.