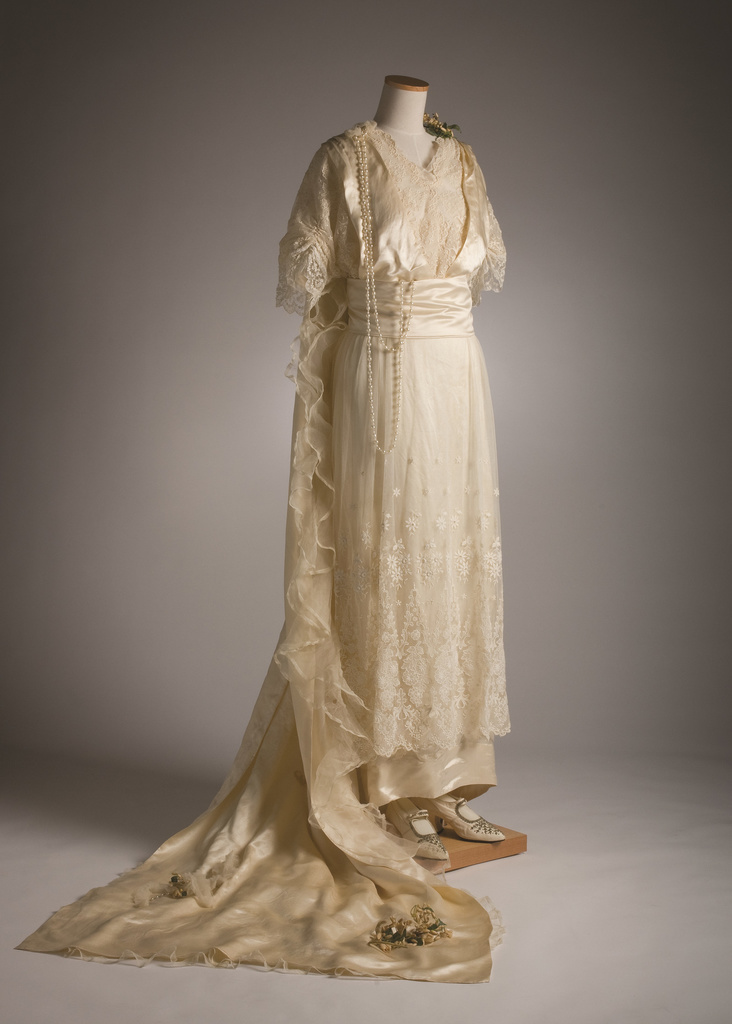 Olive Booth married Dr Sydney Evan Jones in Sydney in February 1915 in this wedding dress, train and shoes. Eighteen months later a family tragedy occurred when Olive died from complications following the birth of their daughter. The child, named Olive after her mother, was raised by her aunt in Dubbo. The widower Sydney Jones, who had been a Medical Officer with Douglas Mawson’s Australasian Antarctic Expedition during 1911-14, went on to study and practice psychiatry in Sydney. He remarried twice before his death in 1948 and was buried with his first wife, Olive, at May Hill Cemetery, Sydney.

Their daughter Olive Hinchcliffe (née Jones) lived in Silverton, New South Wales. After the death of her husband she studied librarianship in Sydney and came to Canberra to take up a position at the National Library of Australia (NLA) in 1968. Hinchcliffe lived in Reid and retired in 1981. She donated her father’s diary to the NLA and cared for her mother’s wedding attire and photograph until her death in 1999. Olive rode at Dingo Dell, the Uriarra property of family friend, John Schunke, who gave her mother’s wedding attire and the framed photograph of her in it to the Canberra & District Historical Society in 2000. Following an exhibition titled, ‘A Solid Half Century’ to celebrate the Society’s fiftieth anniversary in 2003, these poignant and evocative items were donated to the Canberra Museum and Gallery.