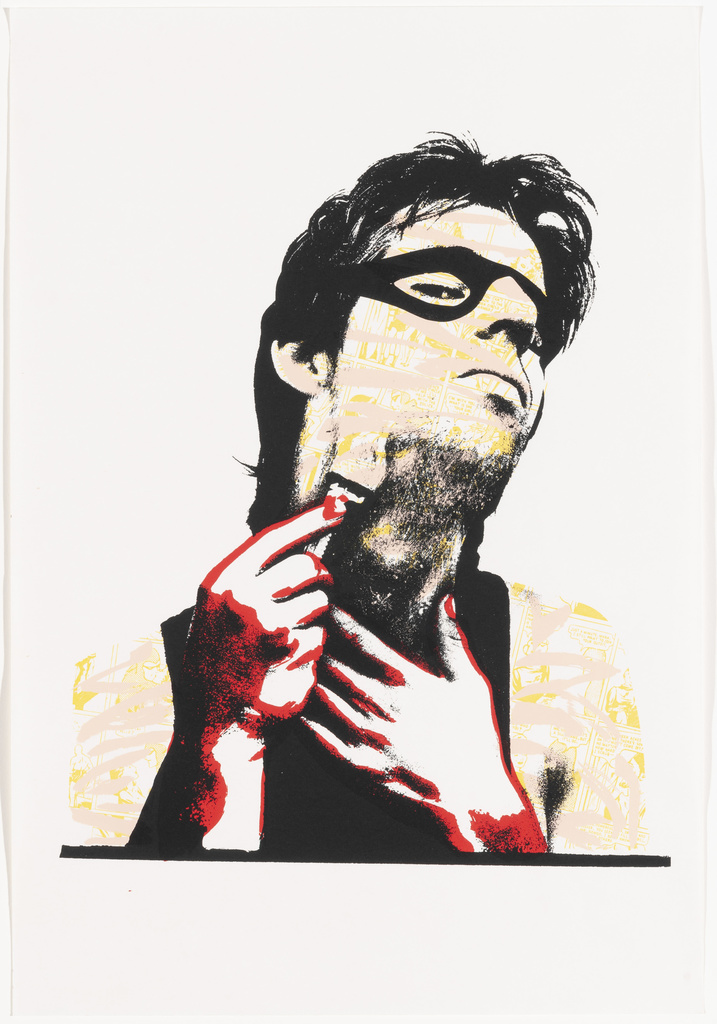 Gender issues were at the helm of posters produced at ACME Ink and Megalo Print Studio in the early 1980s. Mark Denton, a male artist amongst a community of strong minded and vocal females, helped develop and print many iconic feminists screen-prints.

Denton’s poster Untitled, colloquially referred to as the ‘shaving poster’, is a self-portrait that tackles concepts of masculinity. Depicting himself as a superhero, Denton alludes to his role as sidekick to the strong female artists that surround him and their political antics. The artist, in shaving his beard while wearing feminine red nails, places himself in this nuanced position as being a confident man aligned with feminist causes.

This poster was developed in his final year at Canberra School of Art under the tuition of Mandy Martin.