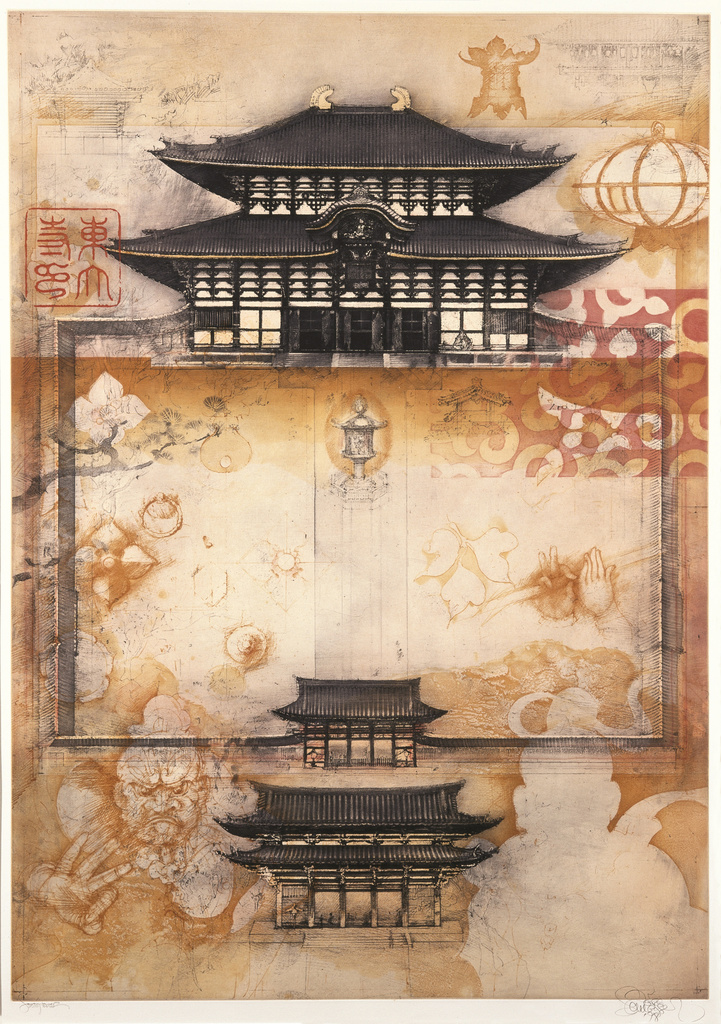 Born in Stolp, Pomerania (then Germany, now Poland), Jörg Schmeisser studied at the Hochschule für Bildende Künste (Fine Art Academy) in Hamburg from 1962 to 1967 and at the Kyoto City Fine Art University in Japan (1967 – 68). Schmeisser was an avid traveller particularly to Asia and also regularly participated as an archaeological draughtsman in the University of Missouri Expeditions to Israel and Greece (1965–1973). From 1972 to 1978 he worked at the Hamburg Fine Art Academy before moving to Australia to head the Printmaking Workshop at the Australian National University School of Art, a position he held until 1997. From 2002 to 2007 he was a Professor at the Kyoto City University of Arts.

Schmeisser has established himself as a significant artist with an international reputation. His exhibition record is substantial including over 140 solo shows in Australia, Europe, the US, Israel, Lebanon and Asia. His work is represented in the collections of the National Gallery of Australia; the Art Gallery of New South Wales; the National Gallery of Victoria; the Art Gallery of South Australia and many public collections in Europe, Israel and the US including the Bibliothèque Nationale, Paris; the Kunsthalle, Hamburg; the Israel Museum, Jerusalem; the Museum of Modern Art, New York; and the Princeton University Collection.

In Schmeisser’s art the consummate skill of the master craftsman is exemplified; and this command of technique ensures him absolute freedom of creative expression. The intricacy and meticulous detailing in his work is an obvious influence from his days as a draughtsman on archaeological expeditions. His imagery is overlaid with delicate traceries, linear patterns and layered visual information. His often limited palette is exploited to its full expressive potential. In Todaiji in Nara the artist depicts the famous Todaiji temple, one of the oldest in Nara, the original capital of Japan. Schmeisser has elected to provide a view of the overall temple as well as details and an aerial view of the temple grounds. These are portrayed in rich blue-black on a soft orange/beige ground which is then interlaced with a collection of items including details from Buddhist sculptures, lanterns, trees, all of which despite their basis in the real world of Nara, imbue an air of phantasy, an other-worldly quality. Reality and imagination are intertwined in this beautifully crafted and mysterious work.