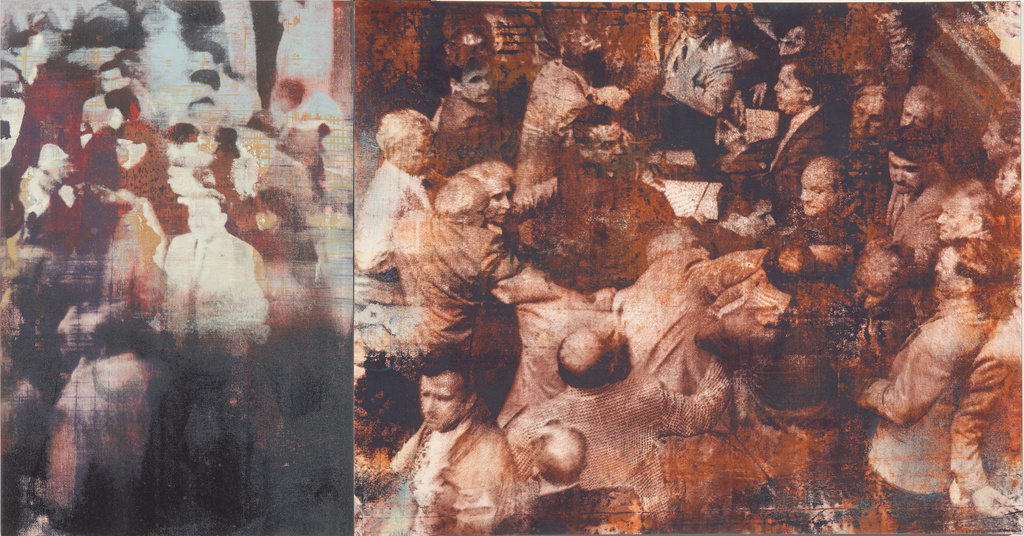 The great divide/ in place and time

Born in Adelaide, Robert Boynes moved to Canberra in 1978 to take up the position of Head of Painting at the ANU School of Art, a position he retired from in 2007 to concentrate on his studio practice.

The great divide/ in place and time is characteristic of the artist’s work of the late 1990s in a number of ways. It is a multi-layered and powerful image. The pictorial base is a media still of a confrontation in a (unnamed) legislature. The image is screened onto the canvas and then paint is applied and removed in a variety of phases to produce the desired effect Boynes gives his viewers a high vantage point so that we look down on the fracas. In doing this he forces us to participate, to take on critical and political positions. Viewers must attempt to grasp the contemporary world and its contradictions.

The artist offers ways of reorganising the structures and relations of that world through the act of painting and the products of those acts.

As much as Boynes is questioning our society, he is also questioning how we see, perceptually and imaginatively, and how memory impacts on all this. He also raises questions about the status of images and the role of painting; although these questions may remain unanswered, this work is a very strong voice for the sustaining power of painting in the contemporary world.