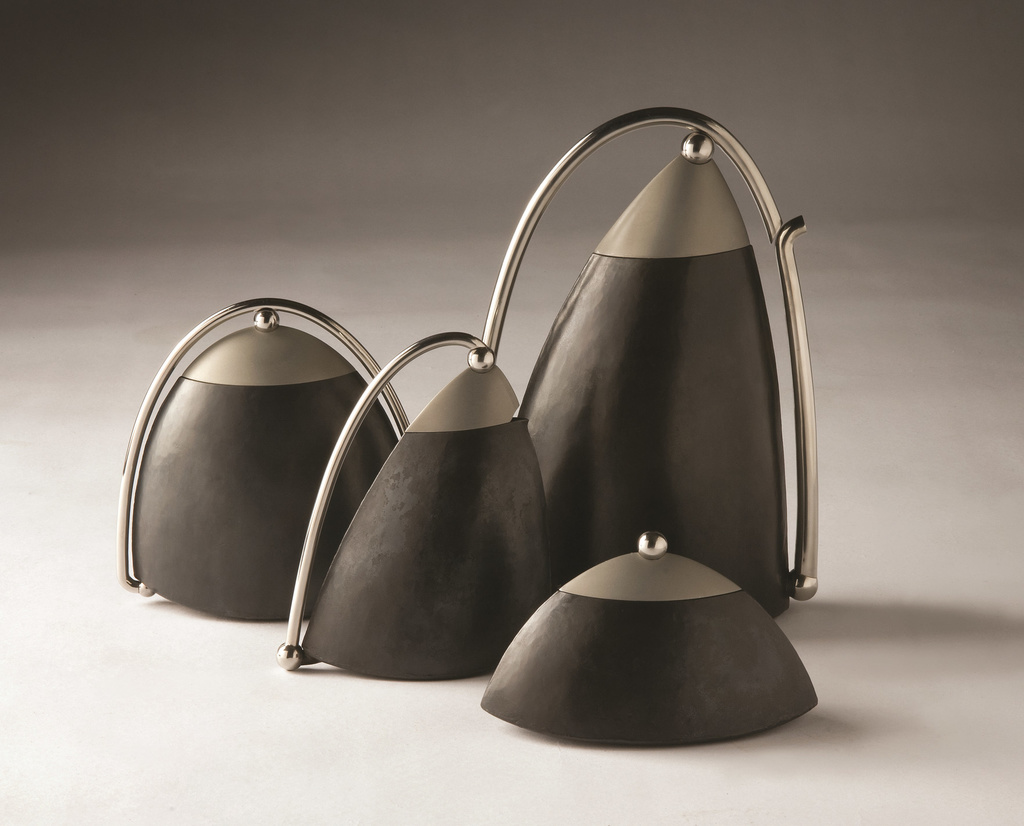 Robert Foster trained as a silversmith at the ANU School of Art, completing a bachelor’s degree in 1981, and postgraduate studies in 1985. He is an internationally recognised designer of both unique and production line functional metalware, including tableware, lamps, and furniture. His work is held in the collections of the National Gallery of Australia and most state galleries, the Powerhouse Museum in Sydney, the Alessi Museum in Italy and the Victoria and Albert Museum, London. Foster’s work has been exhibited extensively in Australia and in Germany, China, and the United States of America.

In 1993 Foster established F!NK (now F!NK and co.) a design and manufacturing company, where he leads a team of designers and artists in the production of contemporary functional objects. The sleek F!NK water jug in anodised aluminium has become a design icon of the twenty-first century, used in restaurants all over the world and making an appearance in a number of American films.

Vessels are the foundation of Foster’s practice. His signature teapots and coffeepots are unique, each invested with a distinct persona and singular resolution to the various functional, formal and aesthetic concerns of object design. The shapes, two-tone colour and lid and handle details of The cardinal’s tea set perfectly invoke the idea of a cluster of robed ecclesiastical figures with headdress, and the sombre richness of the vessels’ surfaces suggests the combination of flamboyance and gravitas particular to high-ranking churchmen. The body of the tea set is made of hammered heat-treated stainless steel and its richly burnished black and grey patina contrasts with the sheen of the aluminium lids and the highly polished stainless steel handles.

Foster’s deft use of modern industrial materials, engineering skills and creative imagination combine to produce contemporary hollow-ware which is exceptional both technically and conceptually, and a synthesis of utility and fun.