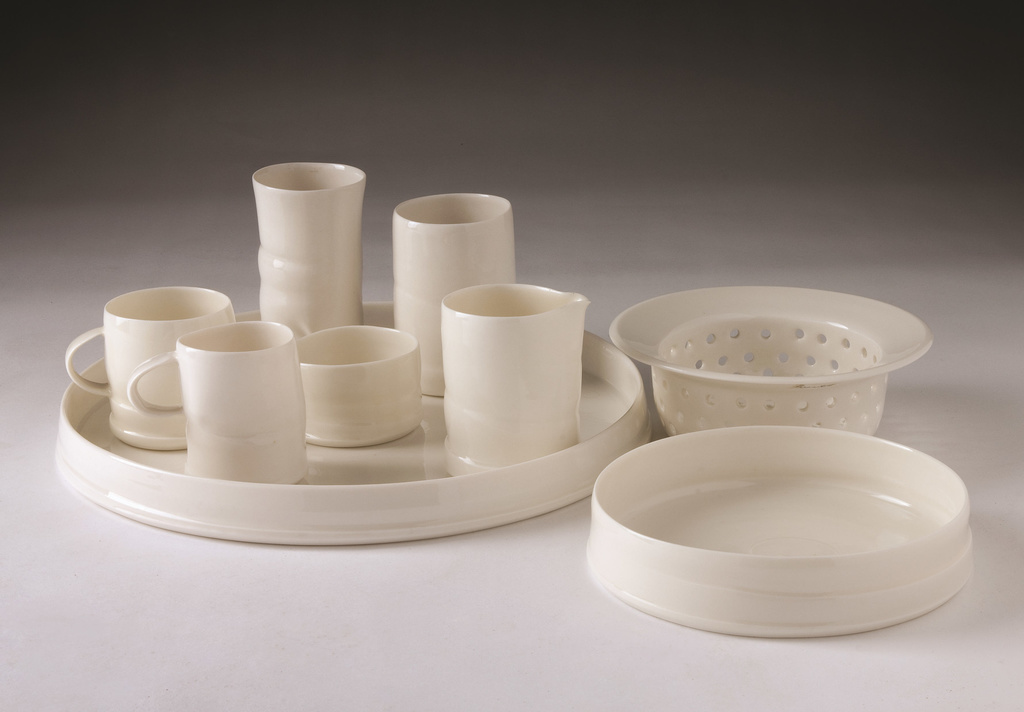 That hour in the morning

Janet DeBoos is an internationally recognised ceramicist who has been Head of the Ceramics Workshop at the ANU School of Art since 1999. DeBoos graduated with a science degree from the University of Sydney in 1969, and in the 1970s studied ceramics at the National Art School in Sydney and art history and Italian at the University of Sydney. From 1979 to 1980 she was head of the Ceramics Department at the National Art School. She has exhibited her work extensively in Australia and overseas, including in Japan, Korea, China, Taiwan, the United States and the United Kingdom, and it is held in many public and private collections in Australia and overseas.

DeBoos’s practice as a ceramicist is grounded in functional pottery in the domestic arena; she has a particular interest in the objects of the table and how domestic pottery ‘performs’ in the world through human interaction and communal experiences and values. Thus the things she makes are all versions of quotidian objects: vases, beakers, cups, bowls, jugs and so on. These forms are spare – even plain – in appearance, but finely crafted from porcelain, subtle and highly evocative. That hour in the morning evokes the morning repast – tea, fruit and juice – and, as importantly, the rituals associated with serving and sharing the meal, and the time spent in so doing. For DeBoos these crafted objects come into being through both the artistic process of making and forming and the subsequent remaking and reforming that occurs through their existence and use in the world.