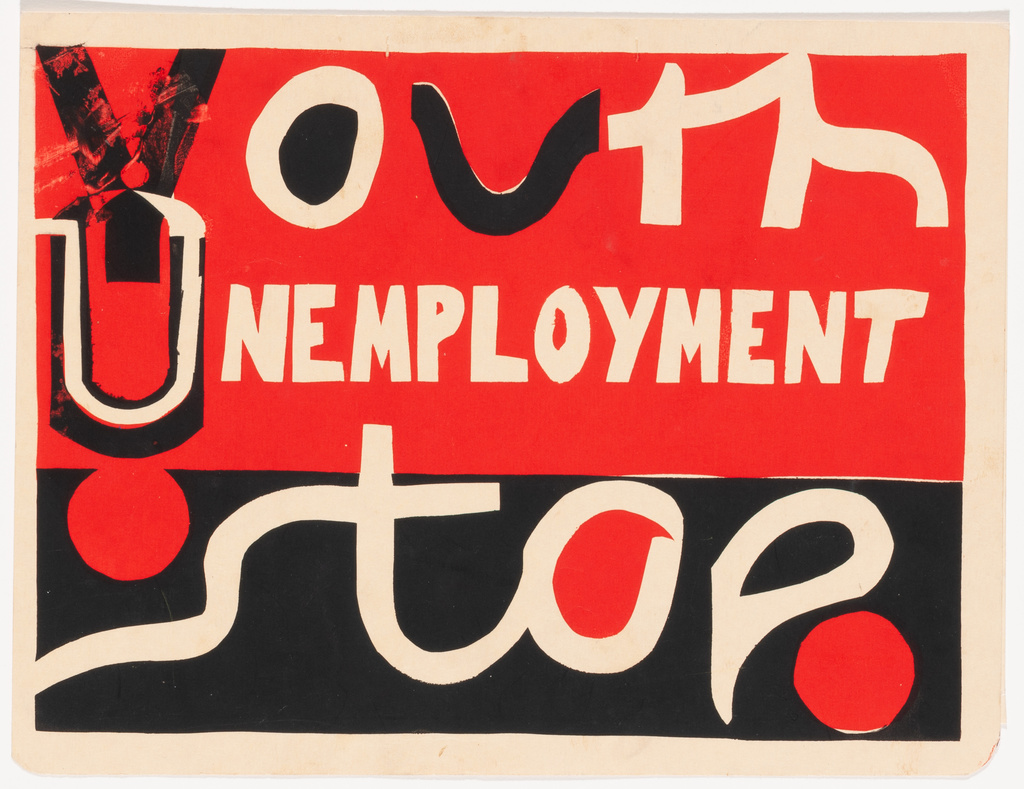 This work was created by Paul Ford the first year Megalo Print Studio was established in 1980. He worked closely with Colin Little and Alison Alder to set up Megalo. Printed on a recycled manila folder, the poster reads ‘Youth Unemployment Stop’ referencing Megalo’s commitment to unemployment projects.

Jobless Action initiated the establishment of Megalo in 1980 and subsequently gained financial support to employed young printmakers to lead print programs among local groups of unemployed persons. This partnership was to prove crucial for the growth of a strong printmaking community in Canberra.