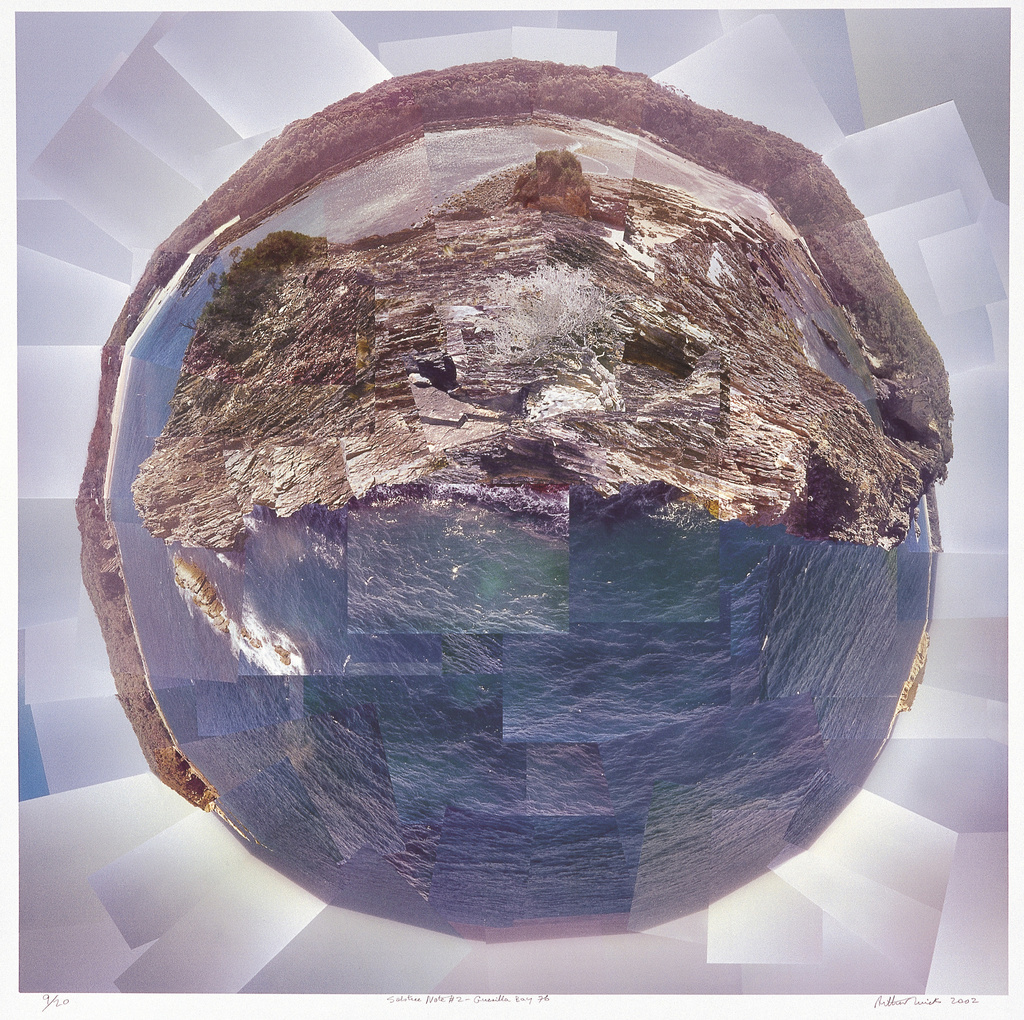 Arthur Wicks was born in Sydney and studied at the University of Sydney and at the Australian National University, taking degrees in both science and arts. Since his first solo exhibition at Nundah Galleries, Canberra in 1966, Wicks’s prints, sculptures, videos and performances have been seen extensively in Australia and around the world, including at the National Gallery of Australia and the Georges Pompidou Centre in Paris. He is a polymath in respect of his art and the reach of his imagination.

Wicks’s solstice works are comprised of many small photographs taken from the same vantage point and arranged into a spherical perspective. They represent the genesis of a project that has now extended beyond two decades: the Solstice Voyeur series, where the artist depicts the solstice – the longest or shortest day of the year – as a culturally potent event by clustering a series of photographs taken on that day in such a way that they appear as planets unto themselves.

Advances in technology in recent decades have enabled Wicks to digitally manipulate the placement of these images, photographed over many years, into a cohesive series of works which have been produced both as printed images and also projected. Wicks has created many ‘global images’, often from the rooftops of buildings, in cities around the world, including Sydney, Hamburg, Berlin, and Auckland; these works act as a foil for similar kinds of images of natural and rural environments on the South Coast of New South Wales and the Hay Plain.