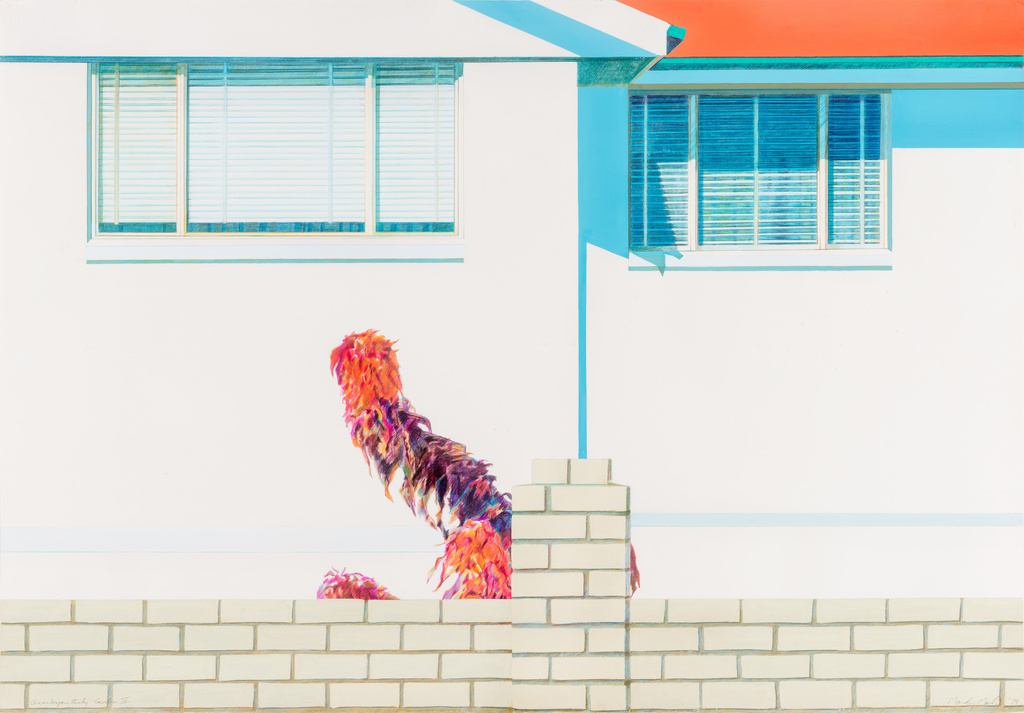 Gouache, watercolour and pencil illustration of suburban Queanbeyan house with a leaning plant, metaphoric of a human figure, partly visible behind the brick fence.