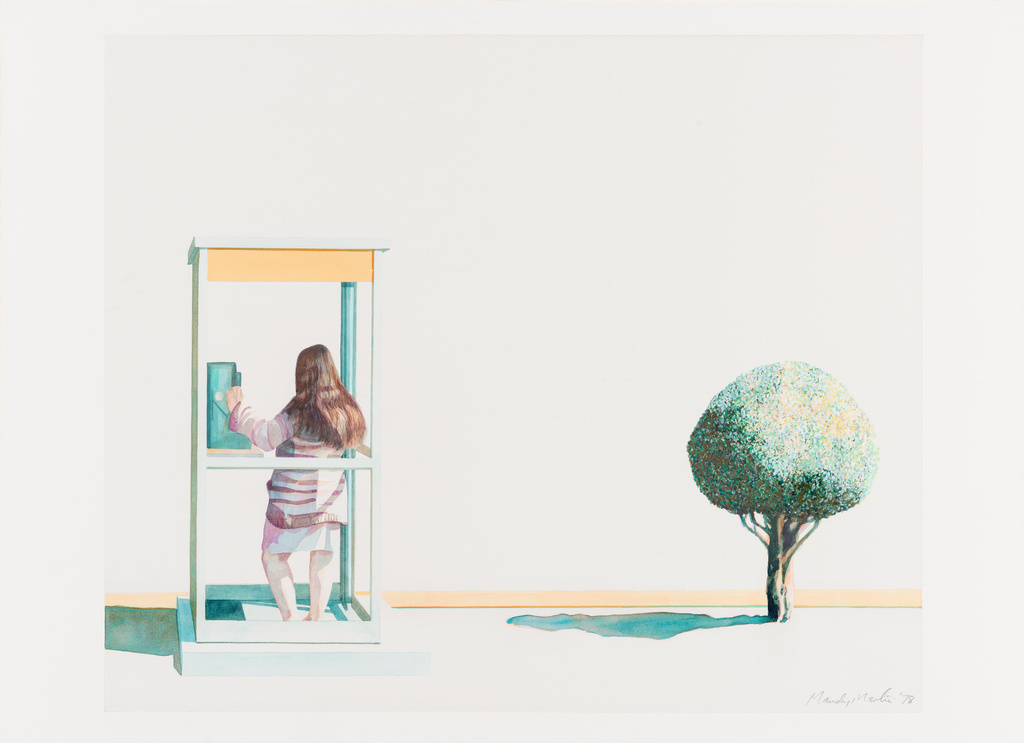 A gouache illustration of a woman in a phone box with her back to the viewer.