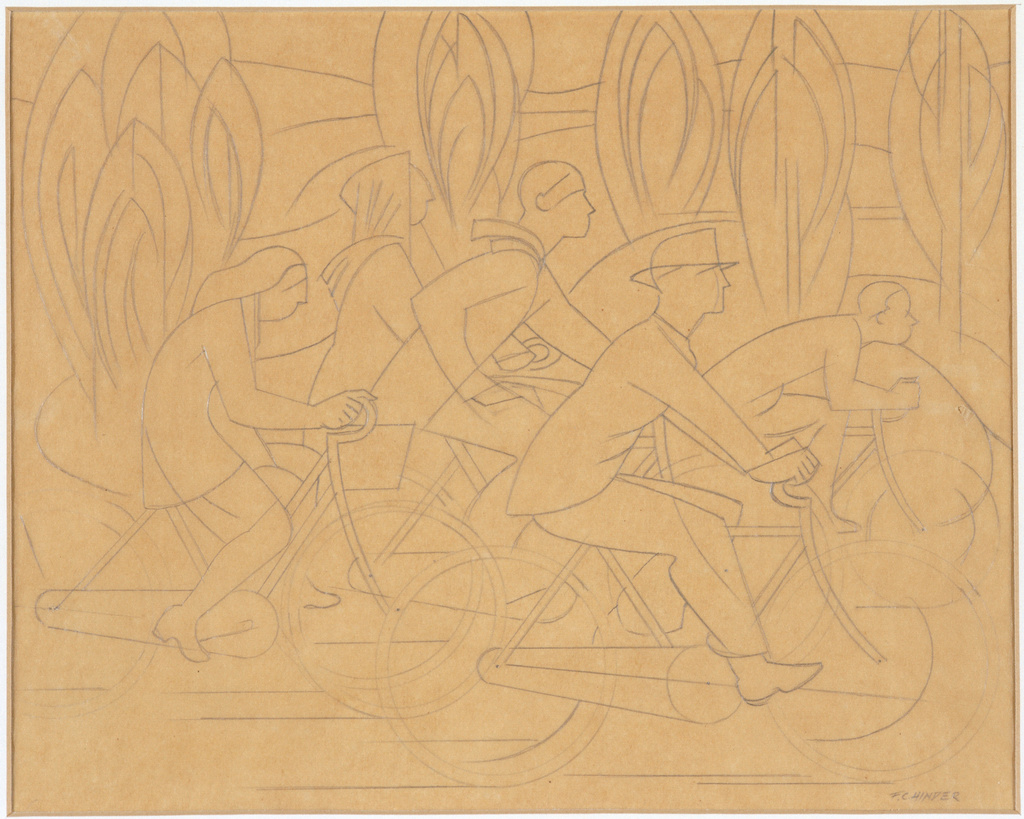 Frank Hinder was one of the important pioneers of Cubist-inspired abstraction in Australian art. After studies at the National Art School in Sydney (1925-27), Hinder lived and worked in the USA where he met his wife Margel whom he married in 1930. In 1934 he returned to Sydney and quickly became associated with artists such as Ralph Balson, Grace Crowley and Rah Fizelle. Hinder’s experience of Cubism and Futurism in the USA was an important impetus to this group and launched what has been called the second phase of modern art in Australia.

Hinder is represented in the National Gallery of Australia, the Australian War Memorial, most state galleries and regional and institutional collections throughout Australia. His work and that of his wife Margel was the subject of a major exhibition held at the Art Gallery of New South Wales in 1980.

During the Second World War Hinder was employed as a camouflage artist and spent periods in Canberra between 1942 and 1945. Office workers, Canberra is one of many drawings made by the artist during this time depicting Canberra workers riding their bicycles to and from work. The subject had particular appeal to him with its combination of geometric shapes and the depiction of movement in a static medium. The relation of these to the concerns of the Cubists and Futurists was particularly relevant. The pictorial analysis of form and movement was exemplary of Hinder’s approach to art. This depiction of an everyday Canberra phenomenon in an avowedly modernist style by one of the few major Australian artists working in Canberra in the mid-20th Century marks it a singularly relevant inclusion in the CMAG Collection.