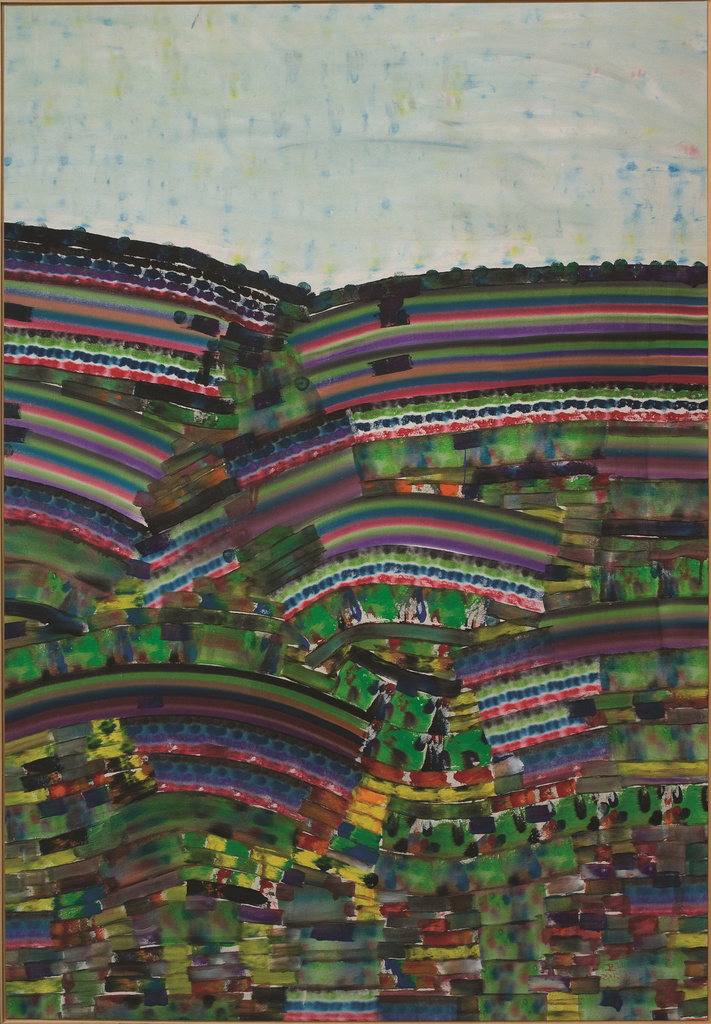 Richard Larter was born in England and moved to Australia with his family in 1962. His art education was gained largely through travel in Europe and attendance at a broad range of exhibitions in the 1950s. Influenced by the work of many artists, from Georges Seurat to Gustav Klimt and contemporary practitioners such as Eduardo Paolozzi, by the early 1960s Larter had developed a striking painting style which was a combination of abstract patterning and figurative realism. In the subsequent forty-five years Larter’s practice developed in both abstract and figurative streams, in addition to experimental film-making and performance work.

Larter’s work is held in all major public collections in Australia and has been included in many group exhibitions; he shows new work regularly in Canberra, Melbourne and Sydney and has a strong following among private collectors. In 2008 he was the subject of a major retrospective exhibition at the National Gallery of Australia.

For a number of years Larter and his family lived in semi-rural western Sydney, subsequently moving to Yass, and more recently to Canberra. The landscape of regional Australia has been a constant in his semi-abstract painting, inspiring the artist to explore the effects of light and atmosphere through a kind of expressive pointillism, variously using brushes and rollers to apply the paint. The hills and plains of the Yass-Canberra region form the backdrop for this aspect of his practice. Near Yass came about following a train journey Larter made from Sydney back home after celebrations for his sixtieth birthday, when he was struck by the lushness of the landscape after record rainfall in April/May 1989. The rhythmic application of paint, the riotous colours and the shifting cadences of its surfaces combine to evoke a sense of landscape, rather than an accurate rendition of it.