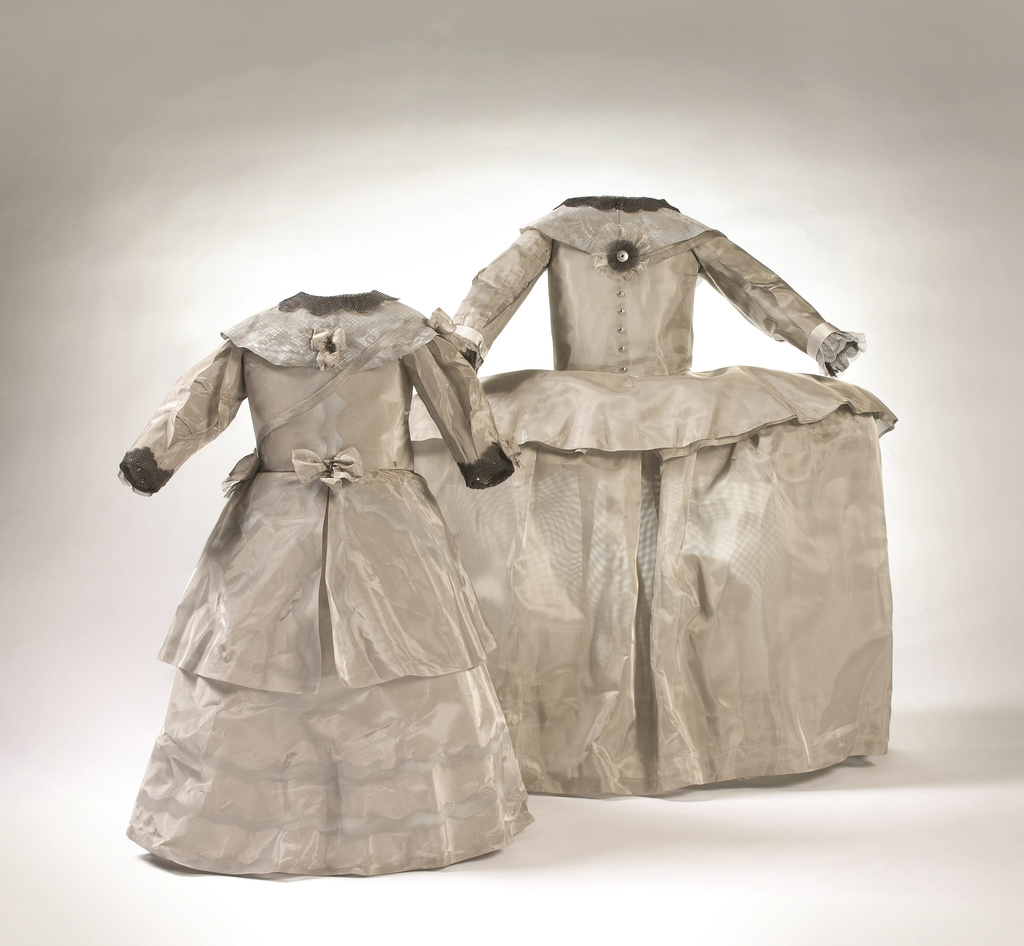 Velazquez’s pictures are laden with political and social significance. In both these works Velazquez has captured the melancholy grace of the sumptuously dressed royal princess with incredible lightness of touch. Velazquez’s combination of the immediacy of the person(s) depicted with the enigmatic richness of his concept is what has drawn Eggert to these works.

For Eggert the child’s costume is symbolic of her position in the world. Encased in a luxurious prison modelled on adult clothing, the dress becomes the child (hence the absence of a body beneath the dress). Eggert’s intriguingly alluring dresses are deliciously lush. The need to move around them and to move in for close examination is embedded in her choice of materials and in the fashioning of that material to form the final product. An almost intangible softness is coupled with harsh edges, metaphors for the ways in which the social conventions of dress shape the person within.