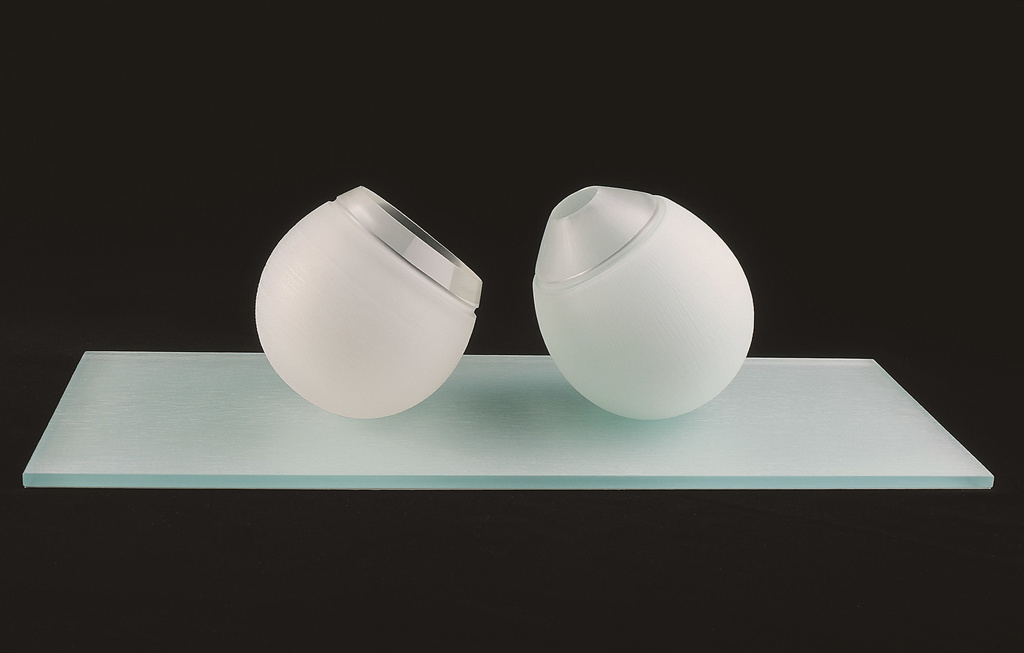 Procter’s work is in numerous collections including those of the Corning Museum of Art, New York; the Victoria and Albert Museum, London; the Royal Museum of Scotland, Edinburgh; Museum of Decorative Art, Lausanne; the National Museum of Modern Art, Kyoto; the National Gallery of Australia; the National Gallery of Victoria and the Parliament House Art Collection, Canberra. He has been in numerous solo and group exhibitions and in 2008 Stephen Procter: lines through light held at the Canberra Museum and Gallery celebrated his life’s work through his glass, paintings, drawings and prints.

Intermedian is a quietly beautiful piece. The open spherical forms sit on a rectangular glass base in a state of delicate balance and harmonious equilibrium. The artist has imbued an exquisite tension into the work by the inclusion of the clear possibilities of immanent movement in the spherical forms.

This activates the spatial configuration around the work and allows the play of light, so embraced by Procter, to take a special role. Within a severely limited formal vocabulary the artist alludes to the landscape and to the spirit of that landscape symbolised by his unique and considered use of light.

Purchased with funds donated by Deacons Graham and James 2000