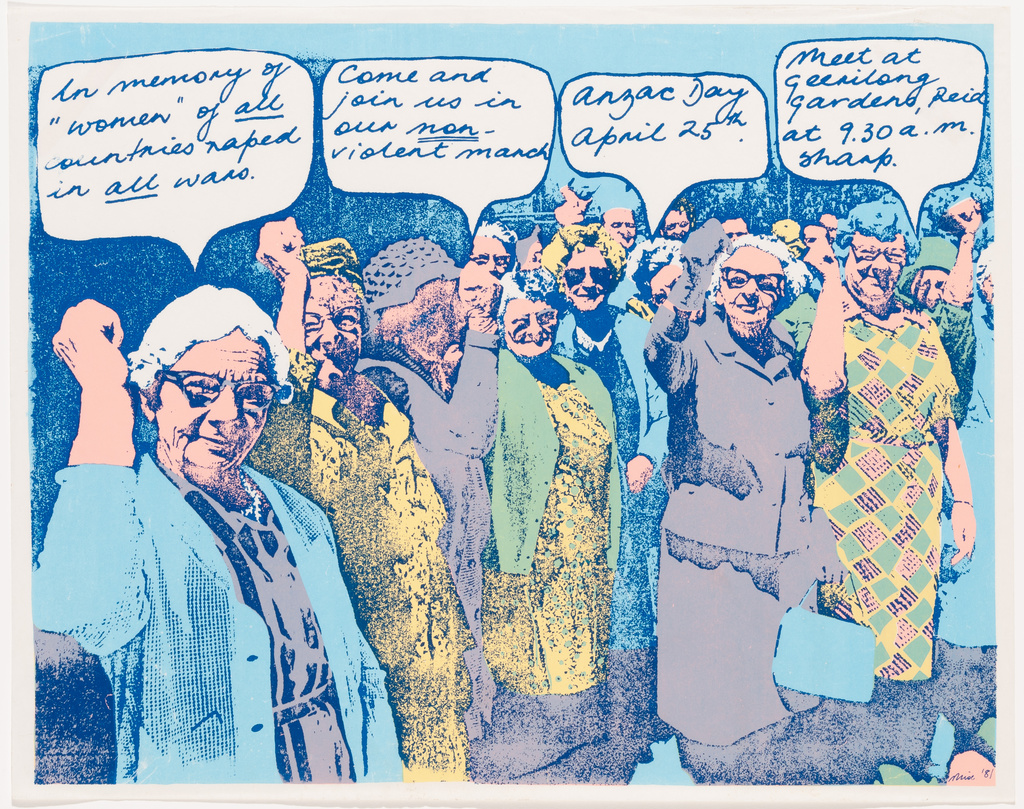 In memory of all women raped in all wars

Screenprinted poster advertising the 1981 protest march has respectable looking older women raising not so respectable fists with speech bubbles proclaiming “In memory of ‘women’ of all countries raped in all wars”; “Come and join us in our non-violent march” commemorating the rape of women in war. The non-violent protest held on ANZAC Day 1981 was met by approximately 70 policemen who proceeded to arrest more than 60 women as the remaining 200 deep march continued onto the Australian War Memorial. This iconic poster and landmark event are reflective of Canberra’s then cutting edge role in the political feminism movement in Australia. BRG opened in April 1981, in the same month of this protest march.

Alison Alder recalls: We were really impressed by the work that was happening there [poster workshops in Sydney] and decided when we got back to Canberra we would try to get some good posters up on the walls here. We offered our services to Women Against Rape and my poster-making really started from there… The first Anzac Day poster – that is a newspaper photograph. I keep a scrapbook of any pictures that I find that I think are interesting plus I use places like the National Library. (cited in True Bird Grit 1982-3:14)