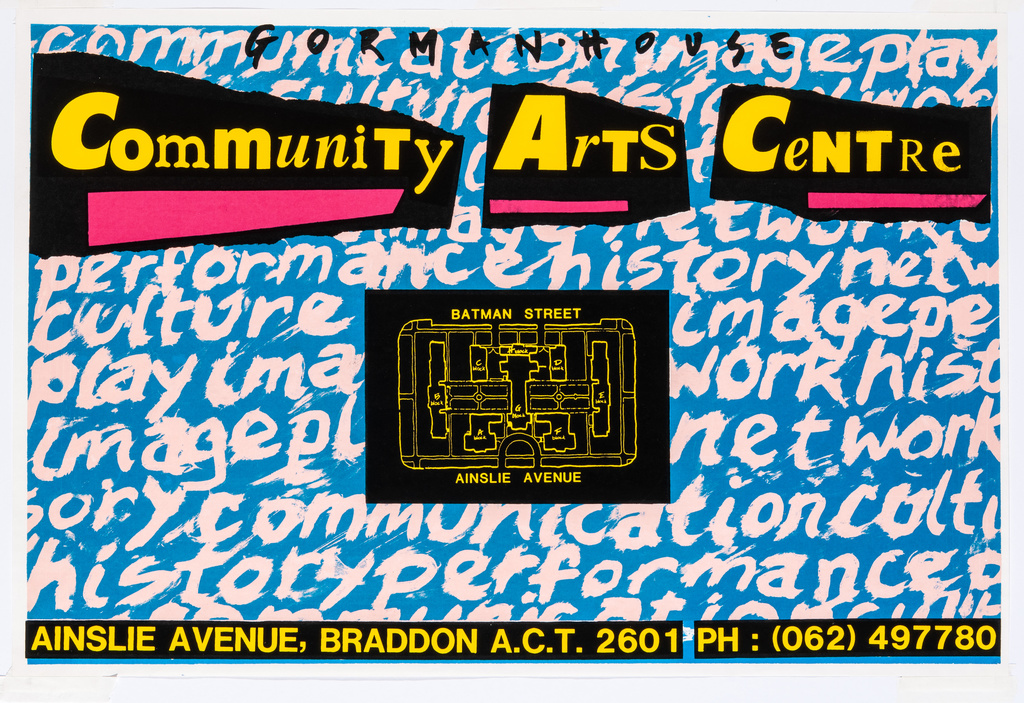 This poster by Dianna Wells promotes this newly establish ‘Community Art Centre’ at Gorman House. Previously a Commonwealth hostel, the building in 1981 was opened to the artists with a focus on community arts: ‘arts had once been the privilege of the elite, but the community could now make contributions and stimulate audience reaction’1. These studios became a hub of creative activity with ACME Ink screen-print studio and Australian Council for the Arts Gallery.