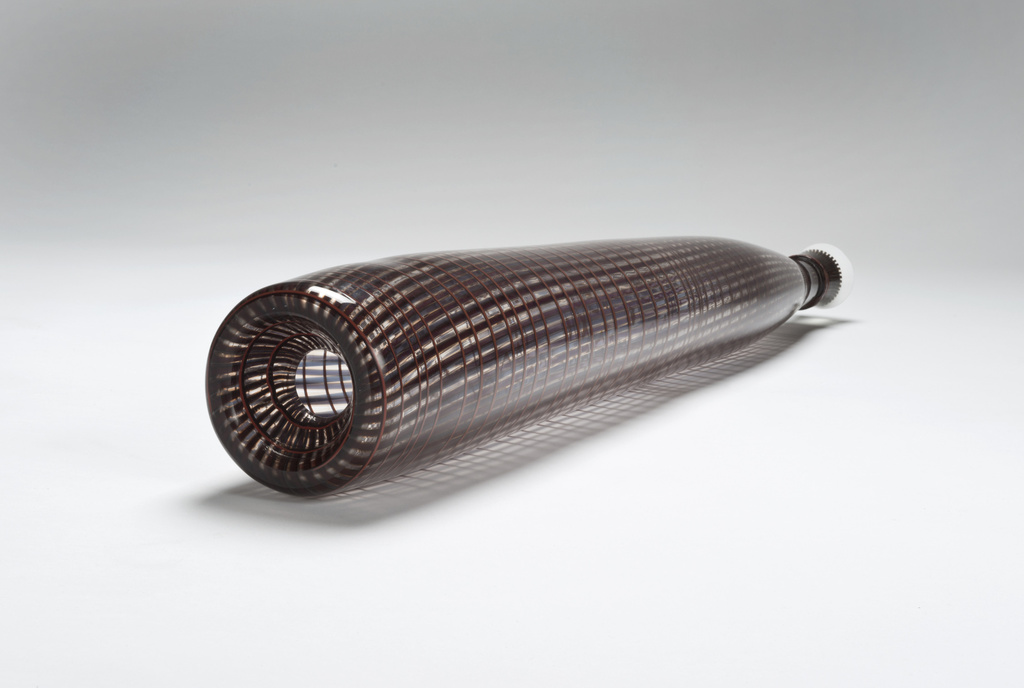 Jenni Kemarre Martiniello is of Aboriginal, Chinese and Anglo-Celtic descent and has been extensively involved in the study and teaching of Indigenous social issues, cultural studies, writing and visual art for more than twenty years, in the ACT, where she has lived since 1969, and in regional and metropolitan New South Wales, Victoria, the Northern Territory and the Torres Strait.

Martiniello’s recent glass works are translations of traditional hand-woven Indigenous fish traps, which are known in Arnhem Land in northern Australia and also along the Murray River in South Australia, the artist’s home state. These traps were made for seasonal hunting and also highly specialised ceremonial purposes. The artist echoes the utilitarian shape in the blown glass form of Fish trap 7 2011 and the weave of the grasses with caneworking, which allows the addition of intricate patterns and stripes into blown glass.

In 2013 Martiniello received the ACT Creative Arts Fellowship and in 2009 was the ACT NAIDOC Artist of the Year; recently she was awarded a two-year fellowship by the Australia Council for the Arts to undertake an extensive program of glass blowing, kiln work and coldworking and create a significant body of 70-90 pieces based on traditional Aboriginal woven eel traps, fish traps, baskets, fish scoops and dillibags. On 9 August 2013 Martiniello received the major Telstra Award in the prestigious National Aboriginal and Torres Strait Islander Art Awards at the Museum and Art Gallery of the Northern Territory for her Golden brown reeds fish trap.