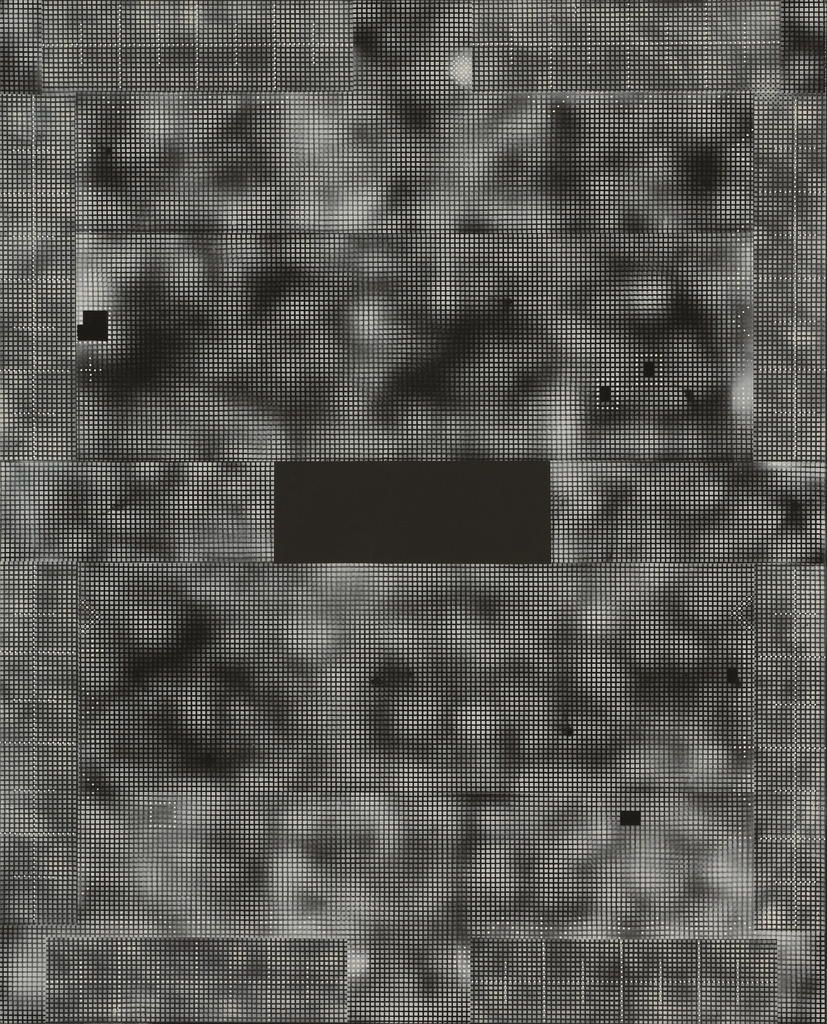 Janenne Eaton was born in Melbourne and studied visual art in the late 1960s. Subsequent studies included an arts degree majoring in archaeology in the early 1980s and a masters degree in visual art in the mid 1990s. Eaton has taught at art schools for many years: at the ANU School of Art through the 1980s and into the early 1990s, and now at the Victorian College of the Arts where she is Head of the Painting Department. She has exhibited her art regularly in group and solo exhibitions since 1977 and is represented in major public collections, such as those of the National Gallery of Australia and the National Gallery of Victoria.

Eaton’s work has a remarkable level of intricate detail. In recent years she has adopted the grid as a structuring device for her paintings, using a stencilled underlay and laborious layering of surfaces to achieve an illusion of mechanical production – in fact all is handmade with high gloss enamel paint and, occasionally, decals. Largely monochrome, the paintings initially appear to be rigid, but actually describe movement and flux. Messages and scripts appear and disappear into the complexity of the works’ surfaces. The grid is disrupted by its lack of uniformity and on close inspection it dissolves. In Filter, what is seemingly a secure border is actually a misalignment of the grid’s stencilled bars that acts to destabilise the canvas and reveal the artist’s hand.

In adopting the visual tropes of contemporary global information systems – strings of binary code, matrices and pixels – and destabilising them, the artist underscores the inadequacy of these systems to truly describe and understand the world. The grid is no longer a promise of order: its mesh of economic, political and cultural forces is now potentially a sign of global disorder and collapse. And meaning is not measurable, it is intangible; the mesh of layers and pixels in Filter draws out the complex relationship between the rational and the intuitive, where what we know and what we feel is out of register and does not equate. In the world-wide web of information we can grasp only the inadequacy of man-made systems to map the infinite fields of meaning possible in the universe.