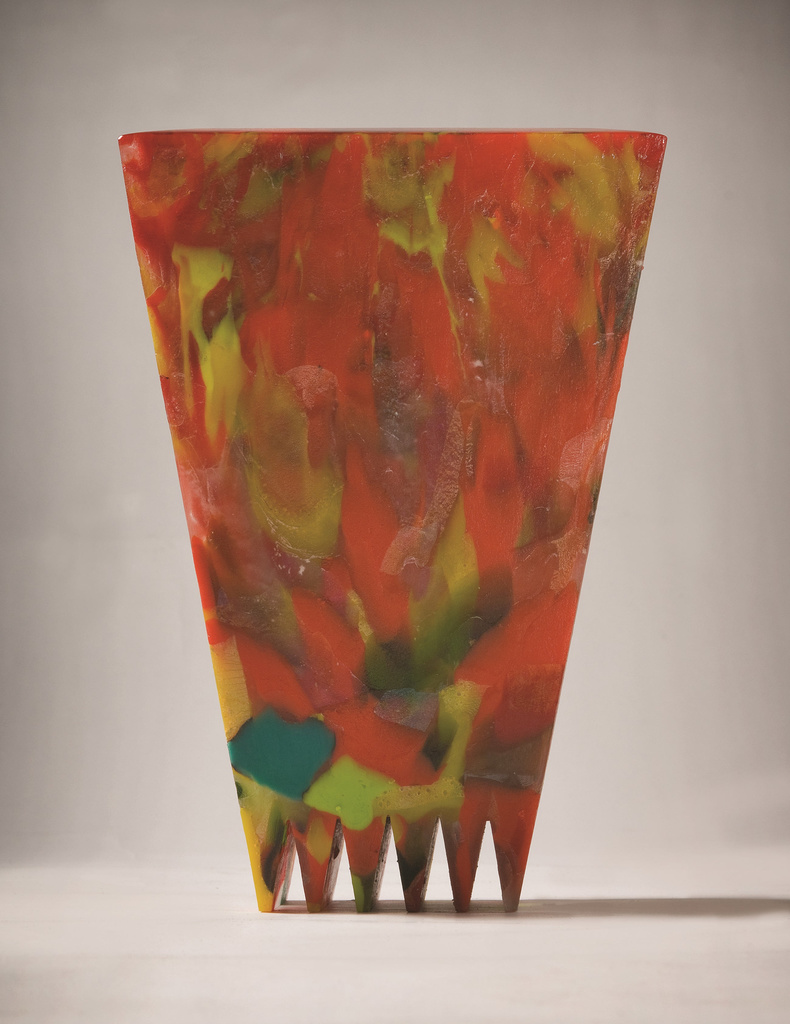 Helen Aitken-Kuhnen trained as a jeweller in the 1970s, in Melbourne, Düsseldorf and London. She returned to Australia in 1981 and, with her husband jeweller Johannes Kuhnen, established a workshop, initially in Melbourne and subsequently in Michelago in rural New South Wales. Since 2001 the pair has occupied a purpose-built workshop and home in Queanbeyan, Canberra’s neighbour town.

Aitken-Kuhnen originally worked in enamel and metal, but after completing a diploma in glass at the ANU School of Art in 1986 this medium became an important component of her practice. Colour and mass are crucial to her work and glass allows a significant amount of experimentation in those areas. Vessels and lamps are characteristic forms for Aitken-Kuhnen in which she employs essentially the same visual language as in her jewellery, but on a different scale.

In Drought bowl Aitken-Kuhnen demonstrates her considerable mastery in casting glass: the various tiles of Bullseye glass together create dense patterns in vivid colours of red, yellow, green and turquoise. The lip of the bowl has been polished to reveal the luminescent and transparent qualities of glass in contrast to the sides of the bowl, which retain their matt colours and have a slightly rough texture. Aitken-Kuhnen’s signature zigzag motif has been crisply cast into the base, inside and out. Its simple geometric form is used to capture, reflect and transport light, giving the work an inner glow.