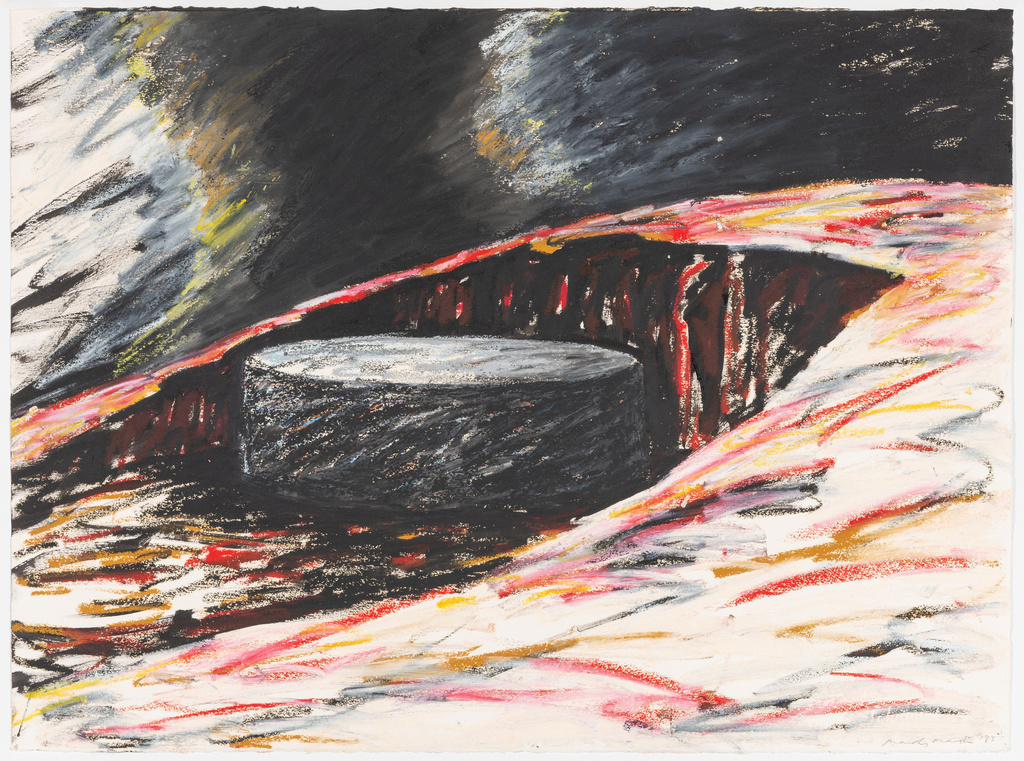 Abstracted landscape depicting a large circular form representing a water tank sits into a cutting on the side of a hill. The dark horizon is contrasted with red, orange and yellow coloured hill. Pastel is handled freely and in quick expressive mark making.

This work is part of Mandy Martin’s 1981-1983 series related to drought. The early 1980s was a time of social anxiety and political ferment. Severe drought across the eastern states gnawed at regional communities, while unemployment from the decline in local manufacturing particularly impacted the young. Protest camps on distant front lines at the Franklin Dam, Pine Gap and Roxby Downs brought remote environmental protest to television screens nightly. Martin began to address these concerns in paintings featuring the futility of industrial-scale water tanks in a bleak apocalyptic landscape.