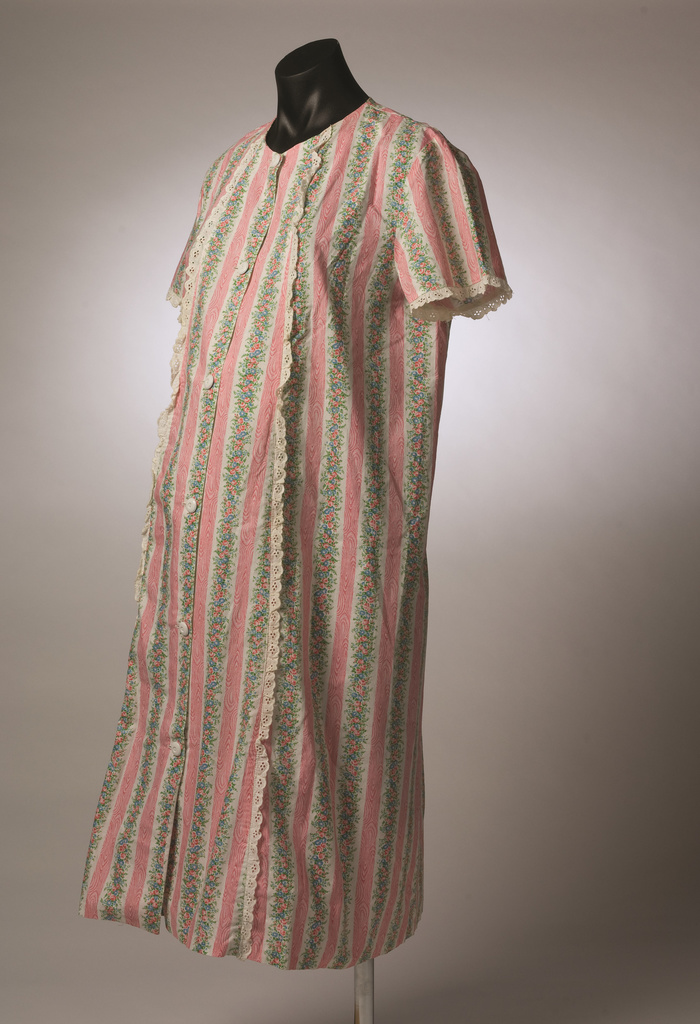 The cotton dressing gown was bought by Petronella Wensing from Sylvia Parsons’s Kingston store in 1956 and worn during her maternity stays in the Canberra Community Hospital.

Petronella Wensing (neé Goderie) was born in 1924 in Holland and married in 1948. With her husband Michael (1912-1988) and two young children, she immigrated to Australia, their third son was born the day they arrived. The family came to Canberra in October 1953. Their house on Russell Hill had no electricity, an outside toilet and weeds above the windowsills. A neighbour had left a dozen eggs and a bunch of flowers on the doorstep.

We were poor then but it never worried us as we were very happy together. It was beautiful living in the country. Some days sheep would be grazing just outside our fence… The baker and milkman called daily and the greengrocer called one a week… a clinic sister called once a fortnight to check the baby. One day in the shopping centre, I was speaking in Dutch to my children when one lady said to another, ‘they should speak English when they are here’. I assured them that not only could I speak some English, but French, German and Dutch also, then asked them if they could. Of course now a lot of these attitudes have changed, but English is still not easy to learn! Petronella Wensing 1988