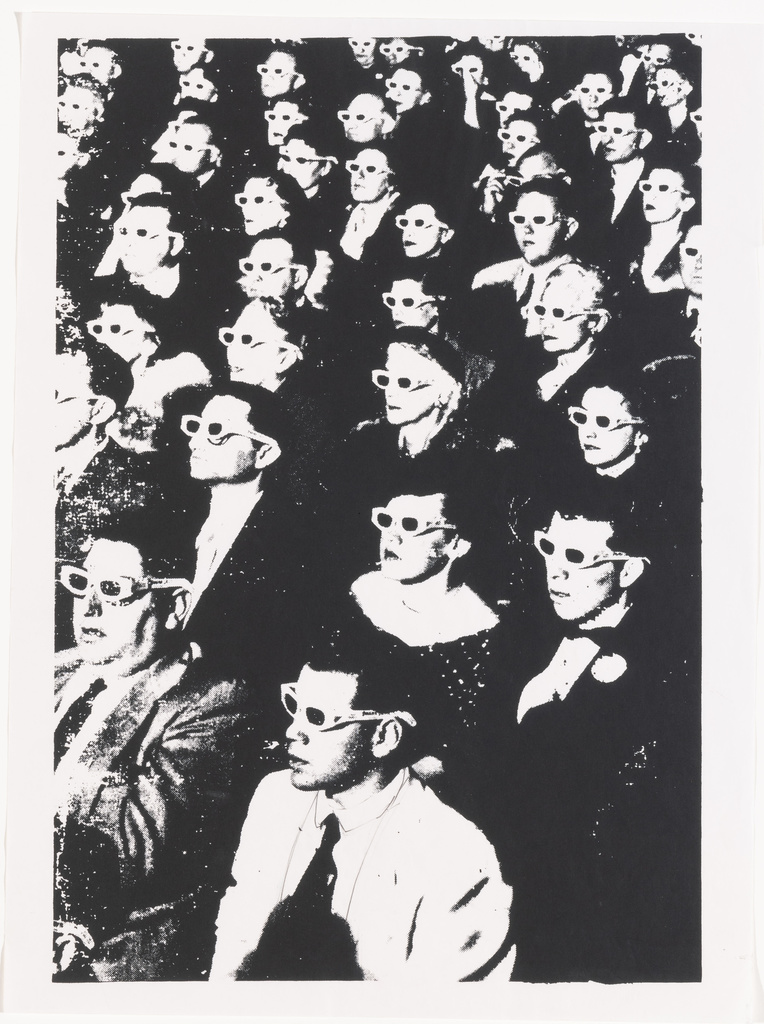 Commissioned by the Australian Labor Party, ‘Double Disillusion’ was created to promote an ALP branch meeting held in 1982 leading up to the Australian Federal Election that resulted in Malcom Fraser being replaced with Bob Hawke as Prime Minister in 1983.

ACME Ink and other local print collectives were concerned with the Liberal Government of the day, particularly former Prime Minister Fraser who was held responsible for high youth unemployment. This poster, depicting a crowded cinema with the audience wearing 3D glasses, is poignant in the artists political advocacy for youth unemployment.