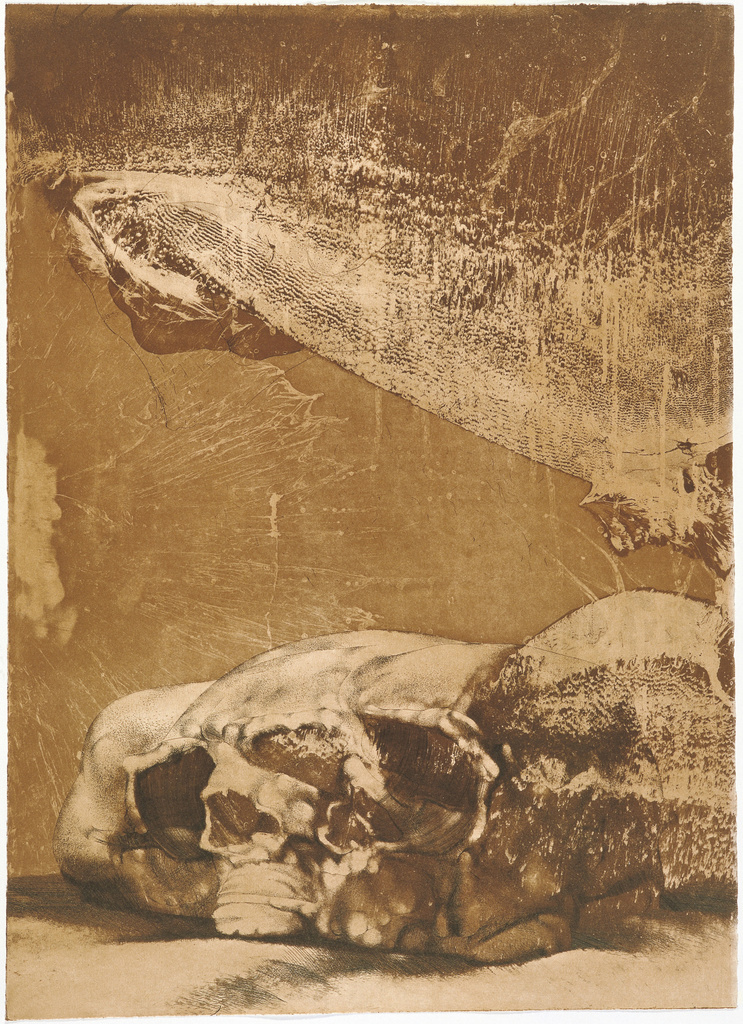 Petr Herel was born in Hořice, Czechoslovakia and had established an enviable reputation as a printmaker in both Prague and Paris before arriving in Australia in 1973. Herel spent some time in Melbourne before returning to Europe where he taught at the Ecole des Beaux Arts in Dijon, France, in 1977-1978. An offer to head the Graphic Investigation Workshop at the newly formed Canberra School of Art (now ANU School of Art) saw him return to Australia in 1979, and he stayed in that position until his retirement from teaching in 1998. Herel lives and works in Melbourne.

Since 1971 Herel has held numerous solo exhibitions including a retrospective at the ANU Drill Hall Gallery (1999) and a major survey of the above works at the Canberra Museum and Gallery (2006). His work has been included in many important group and invitation exhibitions internationally. Herel has also published more than 90 artist books between 1965 and 2005. His work is in the National Gallery of Australia, the National Library of Australia, most state galleries, and regional, corporate, institutional and private collections throughout Australia. In Europe his representation includes the Bibliothèque Nationale, Paris; the Museum of Contemporary Graphic Art, Fredrikstad, Norway; the Museum of Modern Art, Skopje, Republic of Macedonia; the National Gallery of Czech Art, Prague; the Albertina, Vienna; and the British Museum, London.

The cancellation series consists of 35 selected plates executed between 1973 and 2003, and of 5 pre-, and post-cancellation prints from each plate, all numbered Roman I/ - V/V. The works mark the anniversary of 30 years of the artist’s life in Australia (the first 30 years being spent in Europe). The works are technically assured and conceptually unique. They are informed by a wide-ranging and diverse knowledge of the literature and art of the Western world, underscored by the cultural richness of his native Czechoslovakia. He uses his sources to create an art that is uniquely his own but which alludes to a shared terrain of cultural experiences in which each experience holds a defining place in the ongoing and unfolding structure of his own pictorial language.

Beauty for Herel is a concept that encapsulates possibilities for enrichment, extension or shifting, and in inviting us to share the taxonomies of his eccentric personal visual language he asserts new concepts of beauty that push the limits of our imaginations.

Purchased with funds donated by ACTTAB 2004