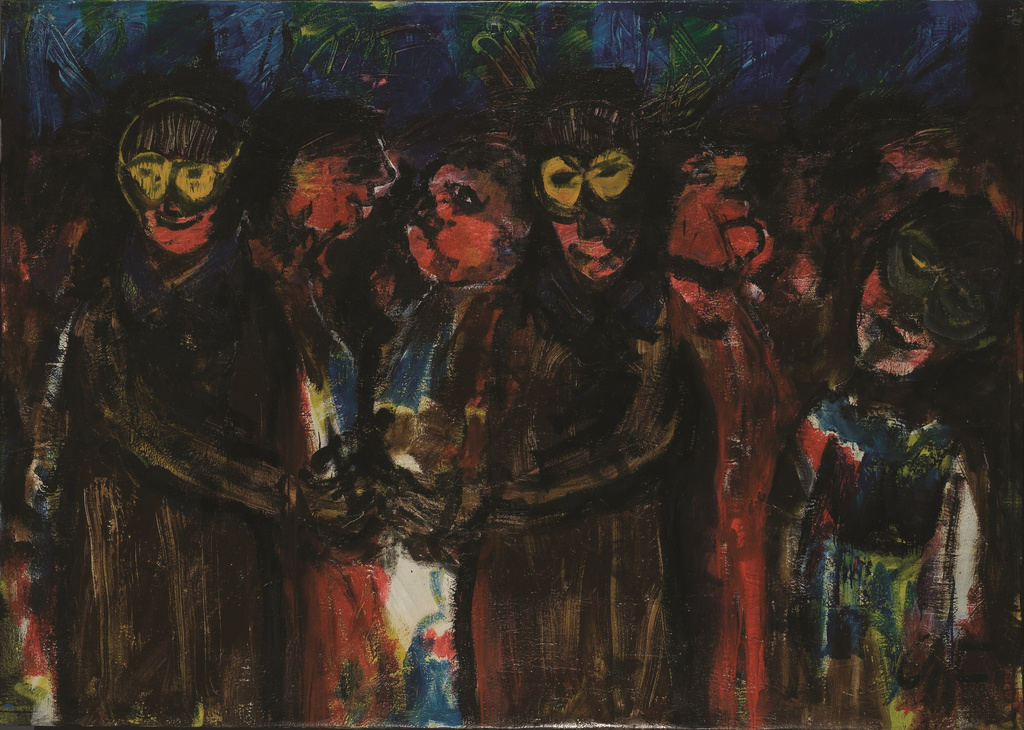 Born in Salzburg in Austria, George Foxhill studied art there at the Kunstgewerbeschule and the Volkhochschule. He immigrated to Australia with his wife and son in 1956 and has been a resident of Canberra since 1958. He has been exhibiting in solo and group shows since 1962. Major solo exhibitions include George Foxhill: An obsessive vision 1980–1995 (ANU Drill Hall Gallery, 1995), Ritus (Canberra Museum and Gallery, 2001) and George Foxhill: A retrospective (Canberra Museum and Gallery, 2006).

Foxhill has been the recipient of a number of grants and awards including the prestigious Austrian Cross of Honour for Science and Art (awarded by the Austrian Government in 1996); The Canberra Times Critics’ Circle award (1995) a Visual Arts Board Grant from the Australia Council (1995) and residencies at the Landesatelier Künstlerhaus, Salzburg, Austria (1978, 1981, 1986/87,1993). His work is represented in numerous collections including the Parliament House Art Collection, Canberra; Museum Moderne Kunst, Vienna, Austria; the Jewish Museum, Melbourne; the Australian National University; Landesgalerie, Linz, Austria; Landeskollektion der Landesregierung, Salzburg, Austria and numerous corporate and private collections in Australia and overseas.

Foxhill’s art avers that the dynamic which is the formal activity of painting must be expressive of the artist’s direct emotional, psychological, intellectual and sensuous life. For him, the artist remains the ultimate source, the wellspring of his own creative energy. This approach aligns Foxhill with the early 20thc Expressionists’ desire to communicate from one’s inner universe, to an art that communicates the tensions of human existence and an art that offers imaginative expression as an alternative reality.

Carnivale lies clearly within that Expressionist tradition and allusions to the primitivising aesthetic of Emil Nolde (1867-1956) proudly assert themselves. Figures are aligned vertically across the front of the picture plane in a dense and crowded compositional mass. The faces are mask-like and colours are used more for their visual contrasts than as unifying elements. Foxhill enjoys the act of painting. For him it is celebratory, and the energies implicit in each brushstroke exalt the act of painting as well as underscore the revels of the carnivale.