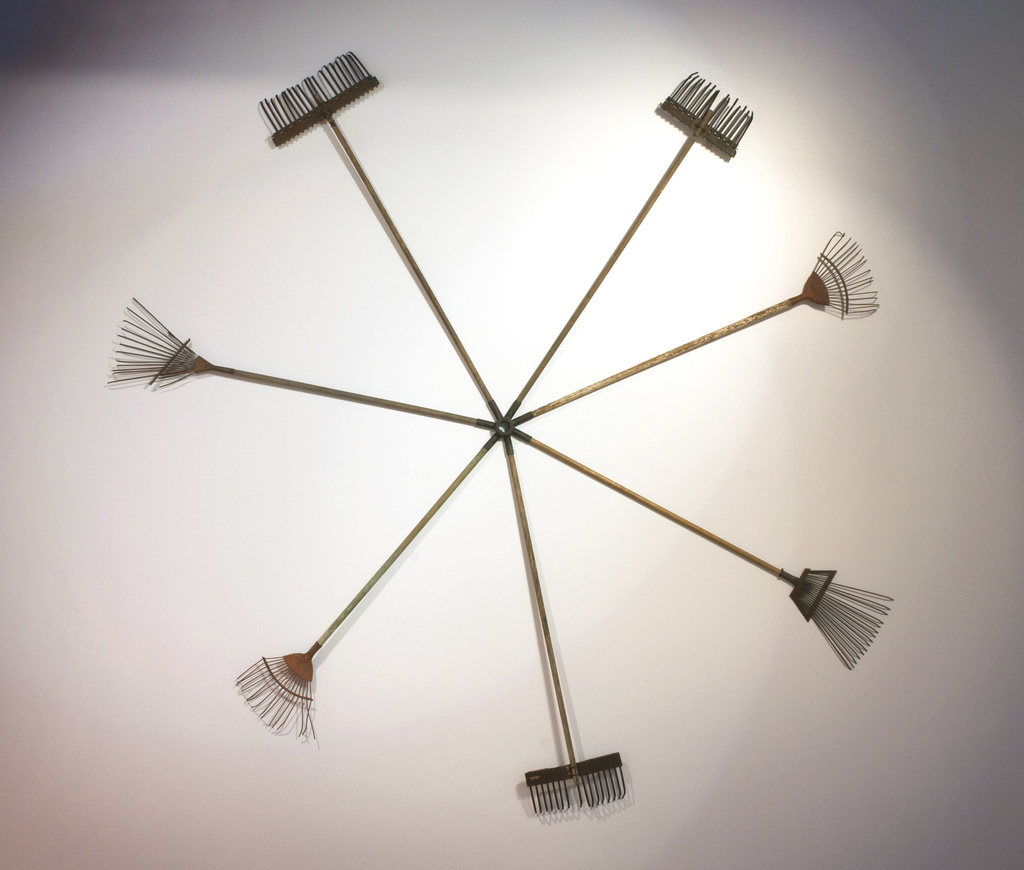 By the pattern of a snowflake

Neil Roberts was a significant contributor to Canberra’s visual arts culture through numerous activities including his own practice, public art projects, as a teacher, as a forceful advocate for artists and for the establishment of Galerie Constaninople in Queanbeyan, a place that showcased a range of cutting edge practice from the region and elsewhere.

Roberts as trained in glass at the Jam Factory in Adelaide (1978–80), the Orrefors Glass School in Sweden (1981) and at the New York Experimental Glass Workshop (1982).

He taught at the Canberra School of Art and Sydney College of the Arts, and has held residencies at several overseas universities.

In the late 1980s Roberts moved away from the medium of glass to experiment with sculpture and found object assemblages. He took items that many would regard as junk, and by his idiosyncratic arrangements or combinations of these, imbued them with new associations that spoke poetically of time, memory and history. Roberts’ work is concerned with a search for connections and meanings across disparate objects and various territories.

In By the pattern of a snowflake, weathered garden rakes radiate from a central point in a uniquely contrived cyclical pattern. The pattern is a metaphor for the cycles of nature and a covert allusion to winter’s onset and the raking of the fallen leaves that precedes it. It also speaks of such universal concerns as man’s influence on the environment, and the infinite beauty of the random patterns found in nature.