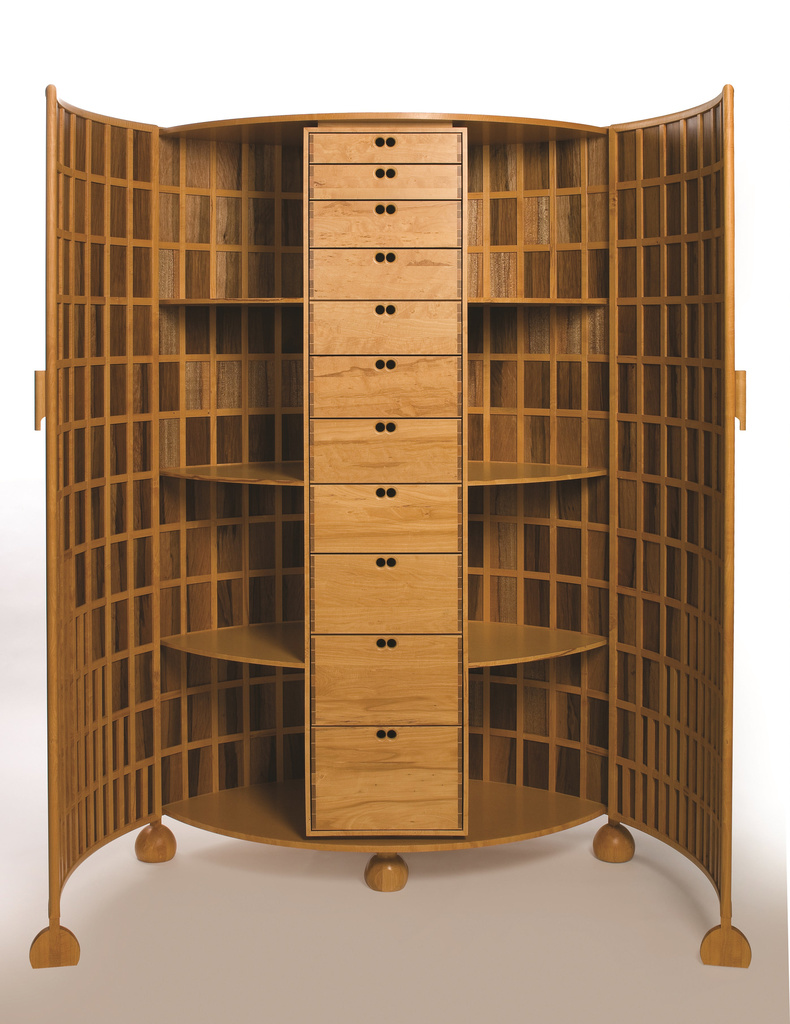 George Ingham was born in Lahore, Pakistan and studied design at several art schools in the United Kingdom, graduating from the Royal College of Art in furniture design in 1964. He worked as an industrial designer for a number of years before establishing himself as a designer craftsman in the 1970s, and in 1977 started his own furniture business in Hertfordshire.

In 1982 Ingham moved to Australia to become the inaugural Head of the Wood Workshop at the ANU School of Art. He was a central identity in the visual arts and crafts community of the Canberra region for twenty years before his premature death in 2003. Ingham had a significant influence on the technical and stylistic development of the craft of furniture making in Canberra and in Australia as a teacher and as a practitioner. His work is held in private and public collections and has been included in many exhibitions in Australia and Europe. Ingham had a number of prestigious public commissions including ceremonial and functional furniture for the Chancellor of the ANU and for the Lodge, the Prime Minister’s residence in Canberra.

Bush cabinet is a bravura example of Ingham’s imaginative deployment of materials and form and his extraordinary skills in the craft of woodworking. It is both an exotic and privileged piece of furniture and exemplary of the artist’s commitment to functionality in furniture; Ingham enjoyed the paradox. He recognised this work as indulgent: in scale, in the time spent making it (four years), in the variety of timbers used, in the decorative nature of its panels. Yet it was made from rescued fine timbers and designed precisely in response to the quantity and particular properties of them.

Ingham had an interest in working with discarded wood and had obtained a small quantity of the leftover craft timbers from the collection acquired by the Parliament House Construction Authority – remnants of rare tree species cut and milled in northern New South Wales in the 1950s, in a variety of sizes, some split and cracked or otherwise blemished. The nature of the various timbers dictated the patchwork frame and panel structure of the cabinet. As tall as a person, it is curved like a boat, its two doors swelling out and opening to reveal shelves and a tier of eleven drawers. The back and the doors are made up of several hundred panels, with different timbers used for the frame, the shelves and the drawers, and there are dovetails on all forty-four corners. Bush cabinet is a summation of Ingham’s lexicon of craft and design: practical, elegant, striking and beautifully made, with a true craftsman’s respect for materials.