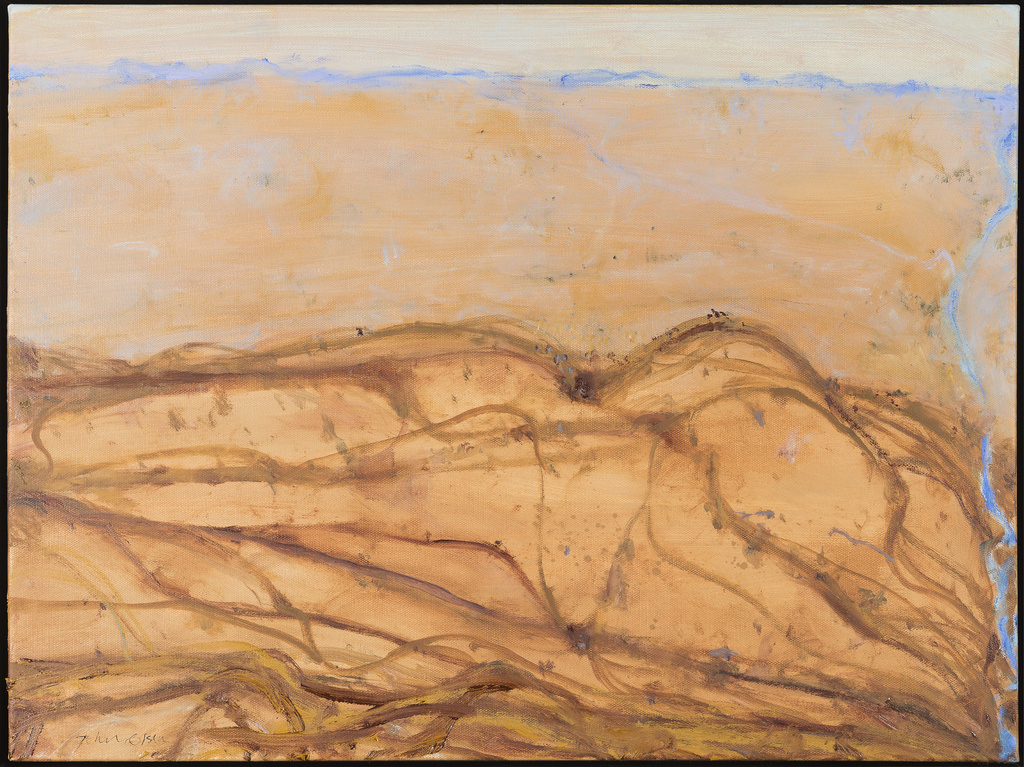 John Olsen is widely regarded as one of Australia’s most significant painters. In the 1960s he established a reputation for creating highly original interpretations of the Australian landscape.

Following study at the Julian Ashton School, Sydney with John Passmore, who was an important influence, he travelled to Europe in the late 1950s, and the art and life he found there, particularly in Spain, contributed to the development of Olsen’s fluid, expressionistic manner of landscape painting.

In recent years Olsen has been painting around the Murrumbidgee River corridor, and in 2014 he visited CMAG’s major exhibition Elioth Gruner: the texture of light, which, as a long-time admirer of Gruner’s work, he greatly enjoyed. Olsen subsequently supported the Canberra Museum and Gallery’s acquisition of the Gruner painting The dry road 1930, and his donation of Brindabellas to CMAG is a recognition of the confluence of his work with that of Gruner.