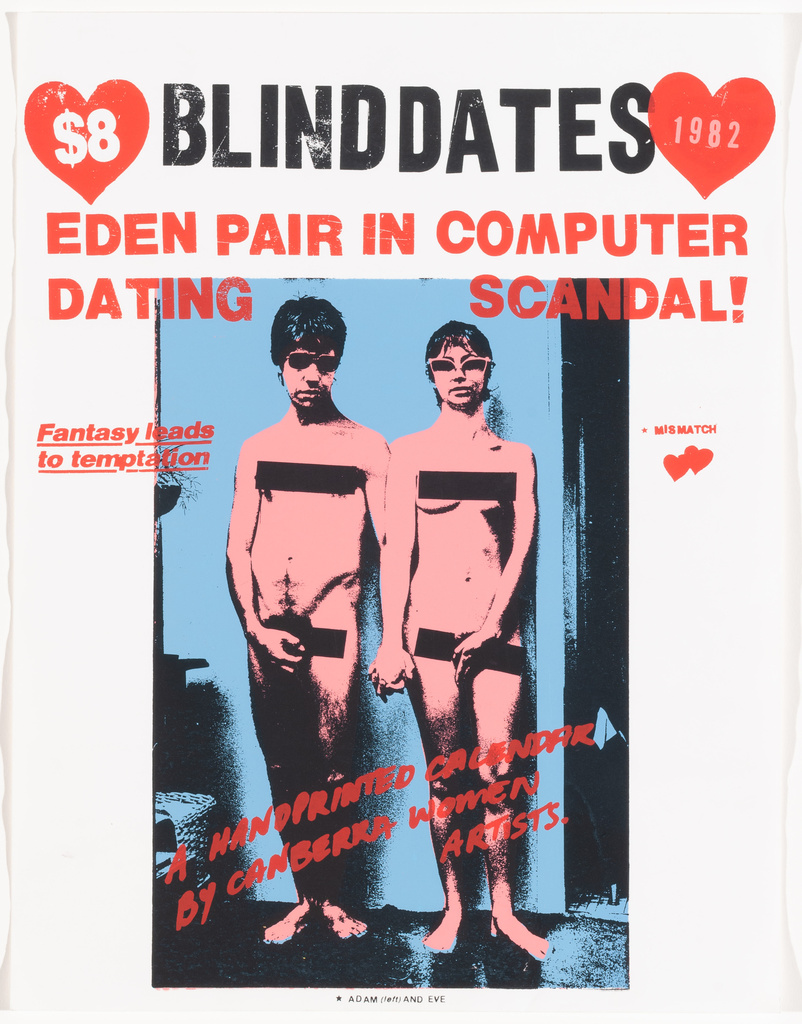 Contemporising Adam and Eve’s original sin to be a computer dating scandal, this screenprint is a bold statement on youth sexuality.

Funded by the ‘Registry of Women Artists’, each calendar month featured Canberra female artists as a response to the limited opportunities for women in the arts in the 1980s as Canberra commercial galleries at this time who preferenced established male artists.

This ‘female only’ artist calendar was a prelude to a larger project in development by Julia Church and Alison Alder, “True Bird Grit”, a handprinted book about Canberra women in the arts released the following year in 1982-3.