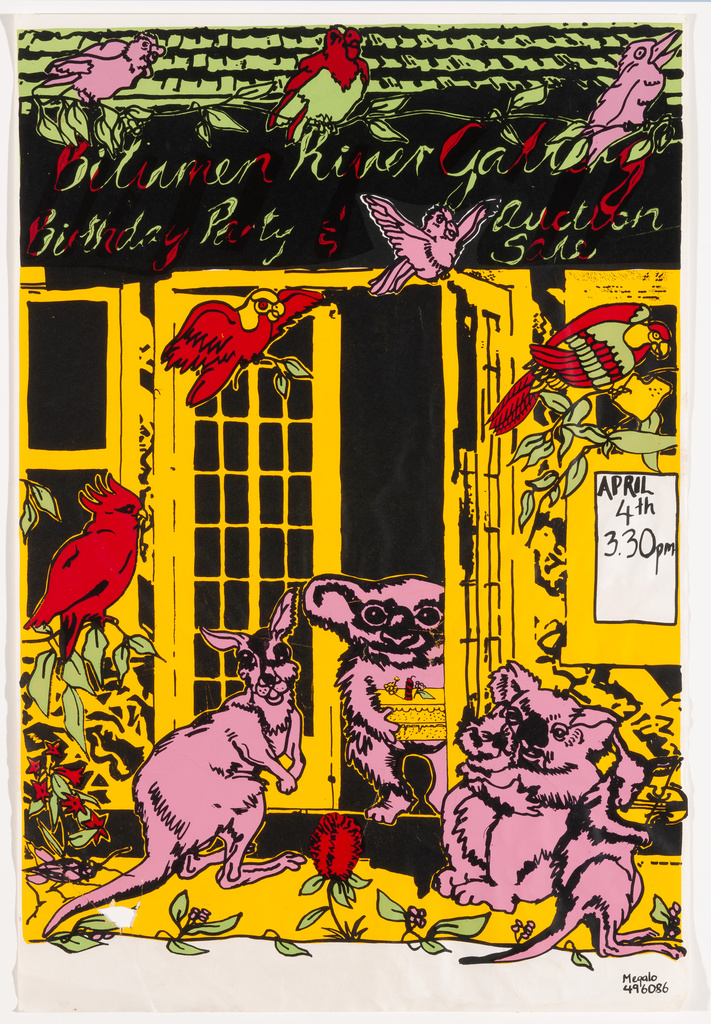 This poster celebrates the first birthday event of Bitumen River Gallery. Converted from a derelict shelter-shed canteen, the Bitumen River Gallery opened in 1981 in Manuka by a small group from the School of Art alumnus and Jobless Action, with close connections to Megalo Print Studio and Acme Ink.

Bitumen River Gallery was created partly in response to the then-attitude that screen printing was not considered a ‘legitimate artform’.

Change began after James Mollison (the inaugural Director at NGA) endorsed Bitumen River Gallery by attending openings and collecting the NGA’s Poster Collection in 1982. Alison Alder recalled that Mollison fondly referred to them as: “Those punks in Manuka”.

All the while, Mandy Martin and Rosalie Gascoigne showed their support by regularly dropping into the gallery. Martin’s support was a motivating force for its establishment, as Alder recalls: ‘Mandy was incredibly enthusiastic about us setting up the gallery, she showed her support saying – yes do it!’