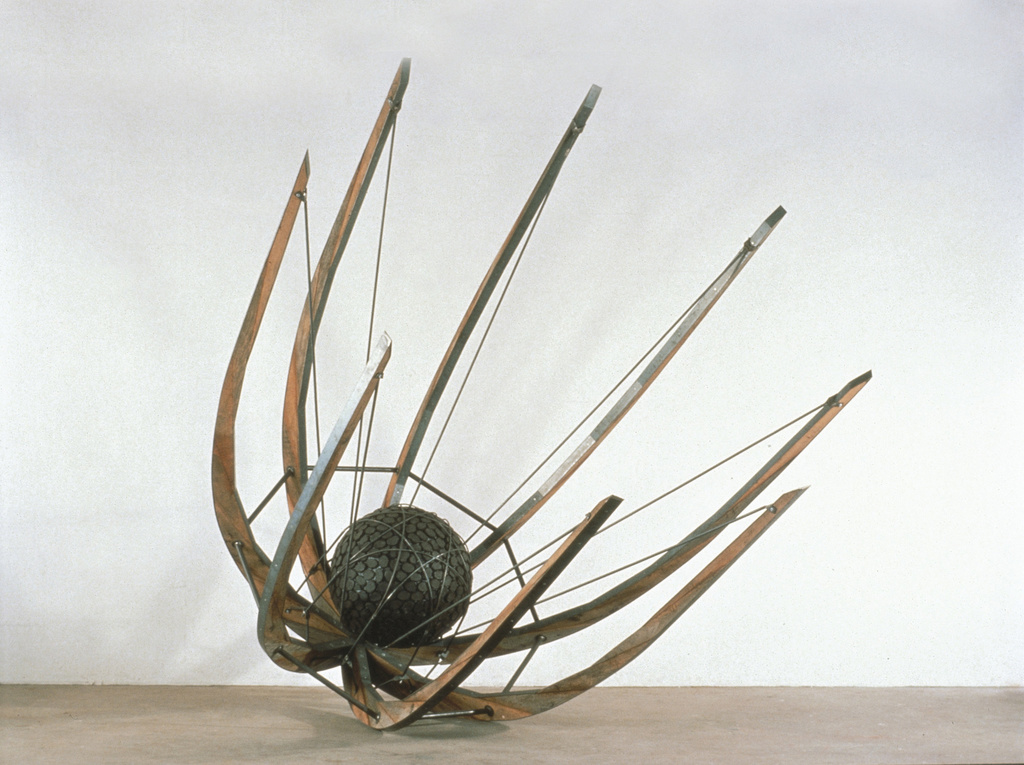 David Jensz was born in Melbourne. After undergraduate studies at the Riverina College of Advanced Education (1977 – 79) he undertook a Postgraduate Diploma in sculpture at the ANU School of Art (1980) where he is currently a lecturer.

Jensz’s work is held in a large number of private and public collections in Australia and overseas including the National Gallery of Australia; the Australian National University; the University of Technology, Sydney; Artbank; Macquarie University, Sydney; and Khon Kaen University, Thailand. He has received a number of grants and awards including an Asialink Scholarship to Thailand (1994); the Australia Council New York Studio (1995); the Canberra Critics’ Circle Visual Arts Award (1995); and the commission for a major public sculpture for Canberra’s Civic Library and Link Project in Civic Square (2006). He has exhibited in a number of prestigious sculpture prizes including the National Sculpture Prize at the National Gallery of Australia (2002, 2004) and the Helen Lemprière National Sculpture Award (2005). His works have been selected for major survey exhibitions including the Adelaide Biennial of Australian Art (1990); Australian Perspecta, Art Gallery of New South Wales (1991); and the Osaka Sculpture Triennial, Japan (1998).

Jensz is a major figure in Australian sculpture. His work is always inventive, innovative and challenging. It is also aesthetically powerful and beautiful. Before time is exemplary of all these qualities. It is a large floor piece in which a sphere of briquettes is held within an open framework of steel and wooden rods which projects out into the surrounding space. The unusual combination of materials remains a constant in his art and underlies his ongoing concern with extending the language of sculpture through such combinations.

Jensz’s use of materials is an act of deconstruction. He questions the usual and expected role of the materials used in order to coerce the viewer into making some kind of order and meaning from his aesthetic dislocations. Single meaning though is fugitive and multiple and unfixed interpretations are the expected result. Ultimately his art is about beautiful structures: simple, elegant, assured and symmetrical, intrinsically intriguing and extrinsically captivating. Before time is no exception.