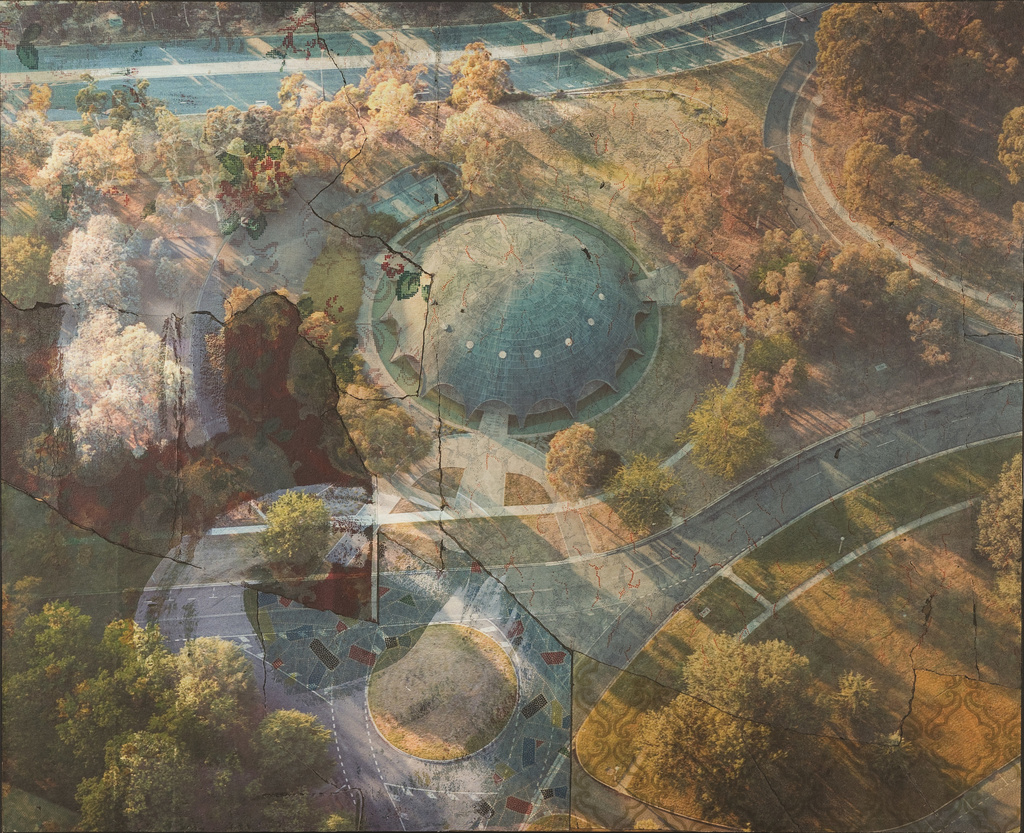 Bruce Reynolds was born in Canberra and studied at the ANU School of Art and the Victorian College of the Arts, Melbourne. He taught at the ANU School of Art in the 1980s and at Queensland College of Art from 1986 to 2006. Reynolds has had numerous solo exhibitions in Australia and has participated in many group exhibitions around Australia and in Germany. His work is held in public collections including the National Gallery of Australia, the Queensland Art Gallery and Artbank.

Academy derives from a photograph taken by the artist in the early morning light from a hot air balloon over the Academy of Science building in Canberra. The image has been printed on patterned salvaged linoleum, which is adhered to a plywood panel and painted with broad brushstrokes. Academy captures an iconic Canberra building amid the curves of surrounding roads, pedestrian pathways and traffic circles, and offers an unusual perspective of the unique wooded urban landscape of Canberra. The work plays on lino as a container of everyday memories; it alludes to nostalgia for the 1950s and also to the post-war climate of optimism and intellectual nationalism in which the Academy of Science building and its landscaping were designed.