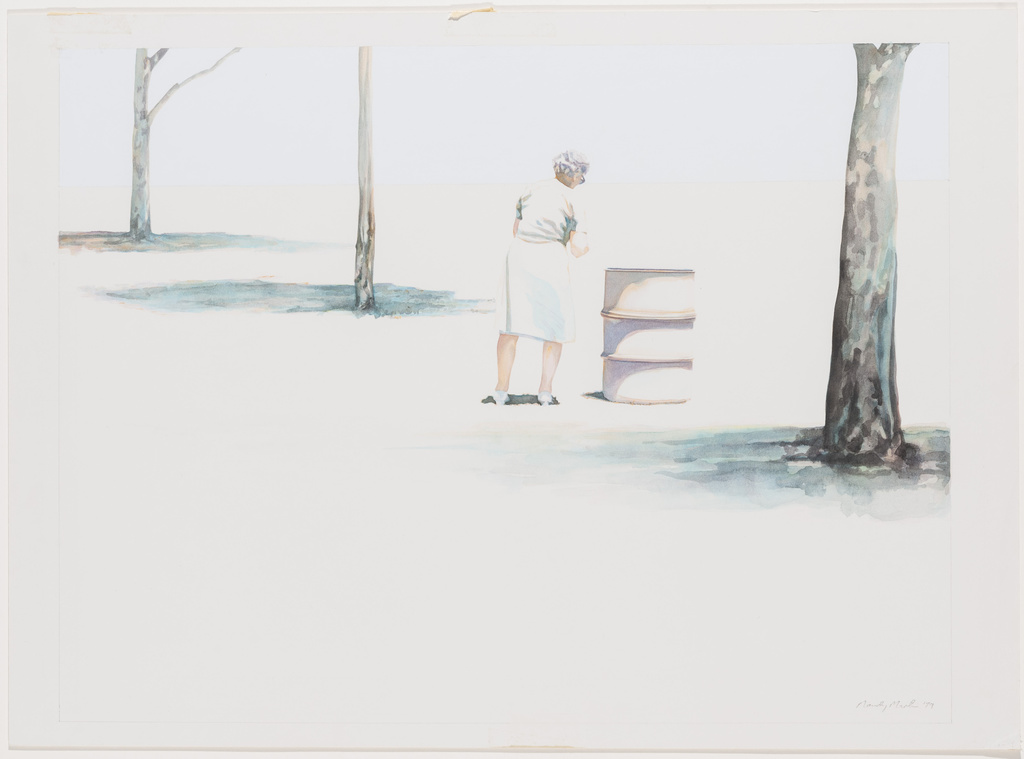 1979, gouache on cold pressed board

A gouache illustration of a woman in front of a drum amid sparely depicted landscape. Scene from a park in Adelaide on New Year’s Day. The model is Mandy Martin’s mother-in-law.