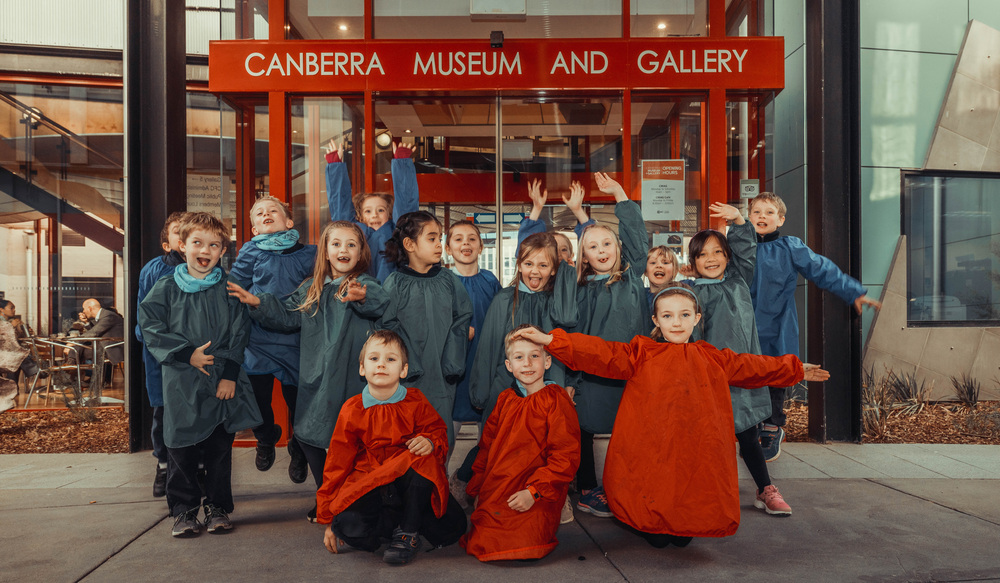 The Young Nolan Project is a new initiative where an individual school is invited to work on an extended program and present their resulting art to the public. The students were also invited to co-design the exhibition and tell us about their experiences. CMAG is delighted to present their work and ideas.

Each year Canberra Museum and Gallery works with hundreds of Canberra school students and teachers to share and explore the work of Sidney Nolan. Programs are offered onsite in the gallery spaces, in outreach resources that teachers can use in their own class room setting and in professional learning workshops for teachers.

During the Nolan learning programs at CMAG, looking becomes an exciting adventure. Children engage with selected works and bring them to life through art-based games, singing, storytelling, puppetry and role-play. Children further investigate these ideas during a practical art-making session in the CMAG studio where they experiment with a variety of media to create works of art.

Sidney Nolan’s own interest in the art of the child and childhood perceptions and memory underpins this program. As an artist who rejected formal academic training, he was instinctively drawn to the apparent spontaneous expression of Naïve artists such as the nineteenth century French painter Henri Rousseau. His reading also included the theories of contemporary psychologists Freud and Jung and their work in unravelling the stages of mental growth of the child.

In works such as Under the Pier (1945), which is on display in the gallery, Nolan deliberately adopted the stylistic mannerisms of the art of children to portray a place of significance for him. The scene at the sea baths at St Kilda is portrayed with over scaled figures, a lack of three-dimensional perspective and bright primary colours.

Nolan was often critiqued for this style, especially in his early years but he continued to use it boldly throughout his career.

View all 141 works from the Nolan Collection at cmag.com.au/nolan 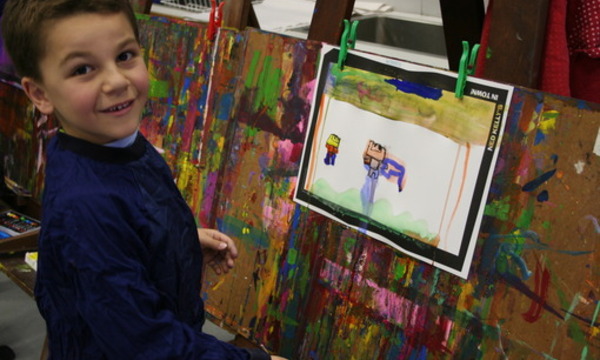 CMAG will be closed to the public, effective from Thursday 12 August 2021. This follows advice from the ACT Government that the territory will enter a lockdown due to COVID-19 cases in the community.