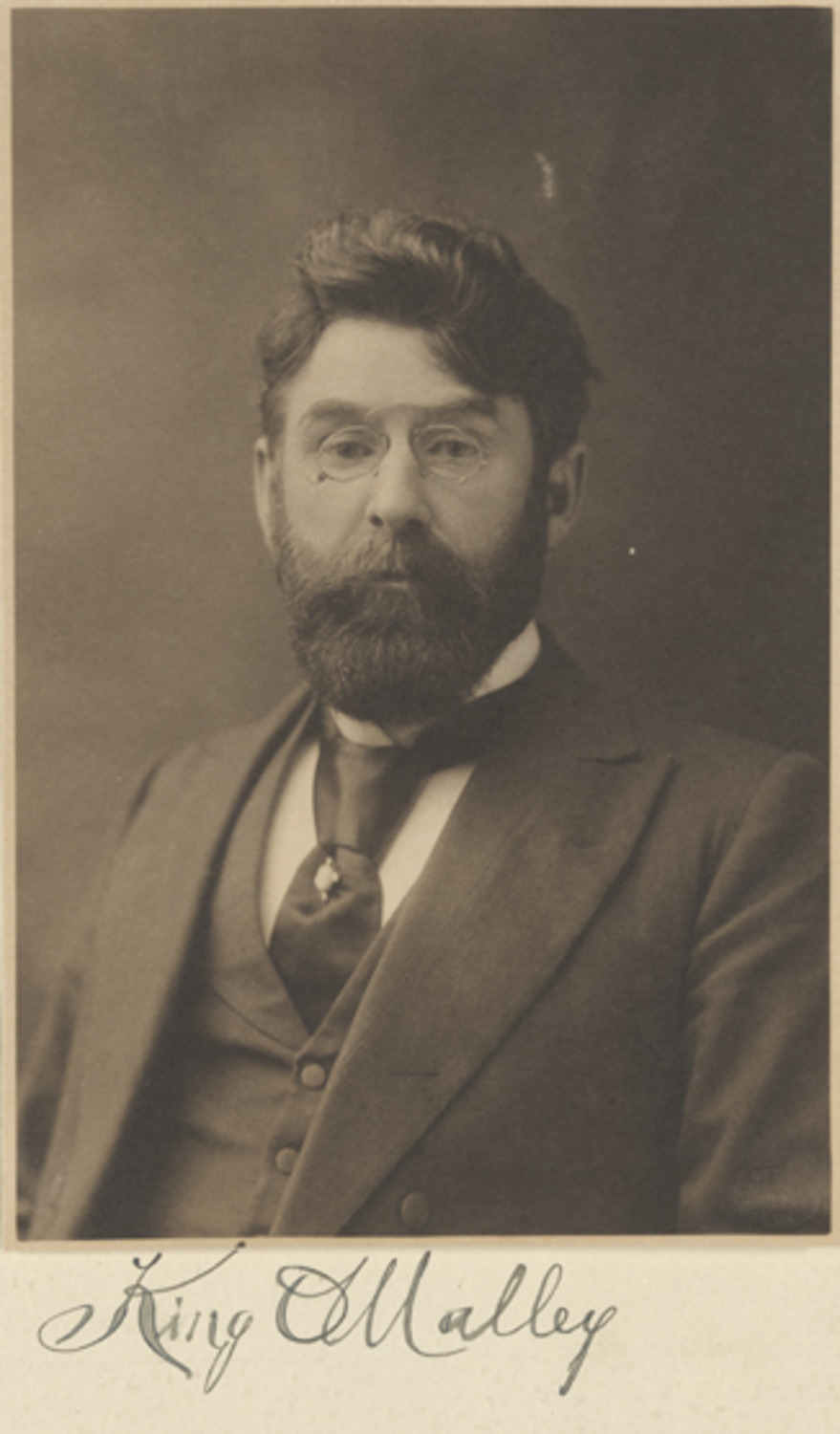 Few politicians in Australia’s history have been as colourful, and none so enigmatic, as King O’Malley. O’Malley was a member of Australia’s first Federal Parliament and a key figure in Canberra’s history. He was also a master of
self-promotion and over his long lifetime availed himself of every opportunity to remind people of his achievements and record them for future generations to admire.

While there have been three published biographies of O’Malley and a ground-breaking Australian play based loosely on his life, until now his legacy has never been examined in
an exhibition. In this exhibition at the Canberra Museum and Gallery the material evidence of King O’Malley’s life has been brought together.