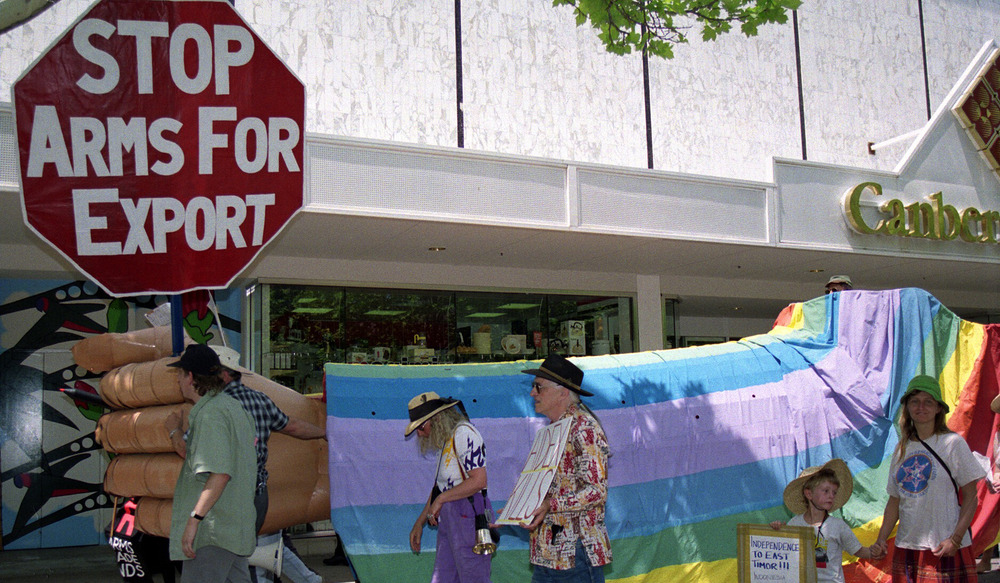 Thousands of Australians took part in the 1989 and 1991 protests which were some of the most violent in Canberra’s history. Guy Hansen recognised the historic importance of the objects used in the protests and was responsible for acquiring the Stop Arms for Export protest float as part of the National Museum of Australia’s collection.

Guy will be joined by Jacob who will share a firsthand perspective of the protests, and Mark will talk about making the float.

Image:
The Stop Arms for Export protest float at an anti-AIDEX protest in Civic, Canberra, 1991
courtesy of Leo Bild