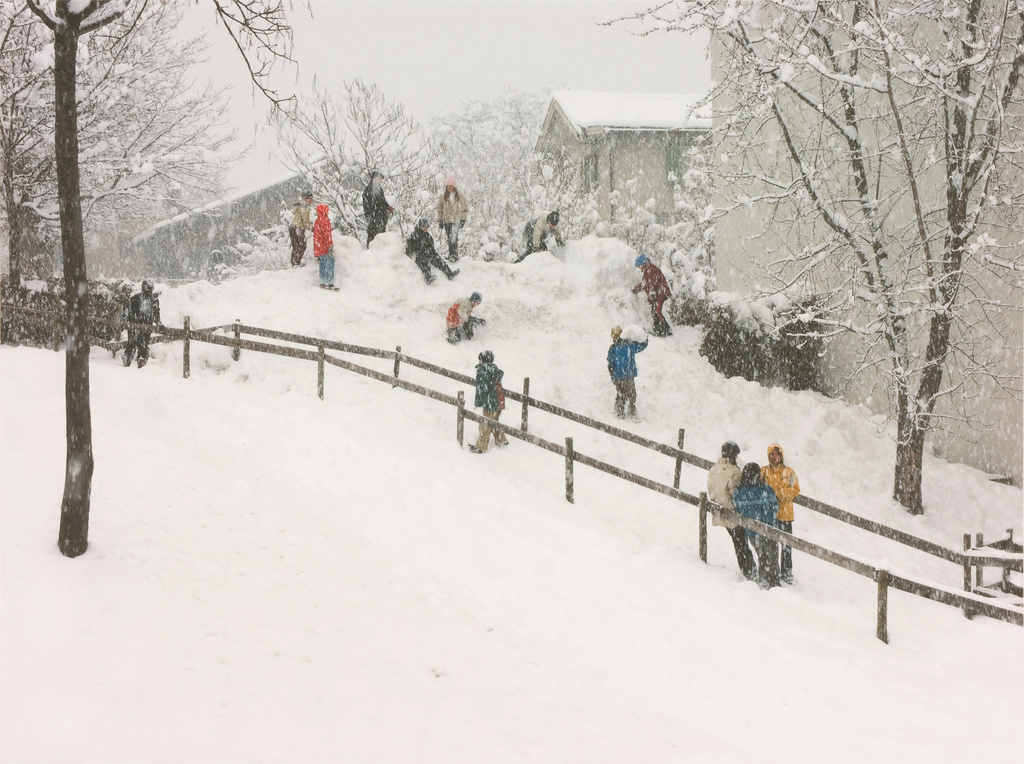 Denise Ferris was born in Brisbane and has lived and worked in Berridale, the crossroads of the Snowy Mountains, and Canberra for many years. She received a Bachelor of Visual Arts (1983) and a Graduate Diploma (1985) from Sydney College of the Arts and a Doctorate of Creative Arts from UTS in 2007. Ferris has lectured in the ANU School of Art Photography Workshop since 1987. Her work has been exhibited nationally and overseas and is held in many public collections including the National Gallery of Australia, the Australian War Memorial, the National Library of Australia and Nara City Collection in Japan.

Ferris has previously produced work using innovative printing techniques such as Casein (milk) and Cyanotype in explorations of imagery relating to domestic labour, motherhood and the passage of time.

Untitled (kids playing) is one of a series of photographs Ferris exhibited in 2006 as Weather report, taken during a residency she undertook at Schloss Haldenstein, Graubunden, Switzerland in 2004. Cropped and manipulated only through the camera lens, these works explore the ephemeral nature of snow as a metaphor for human emotional states, with their constant shifts and changes. For the artist snow provides a ground on which one sees the telling detail, the marking of time: From the heights of buses and buildings I see snow that will certainly seep into the ground, a transitory phenomenon, it melts and our clocks tick.