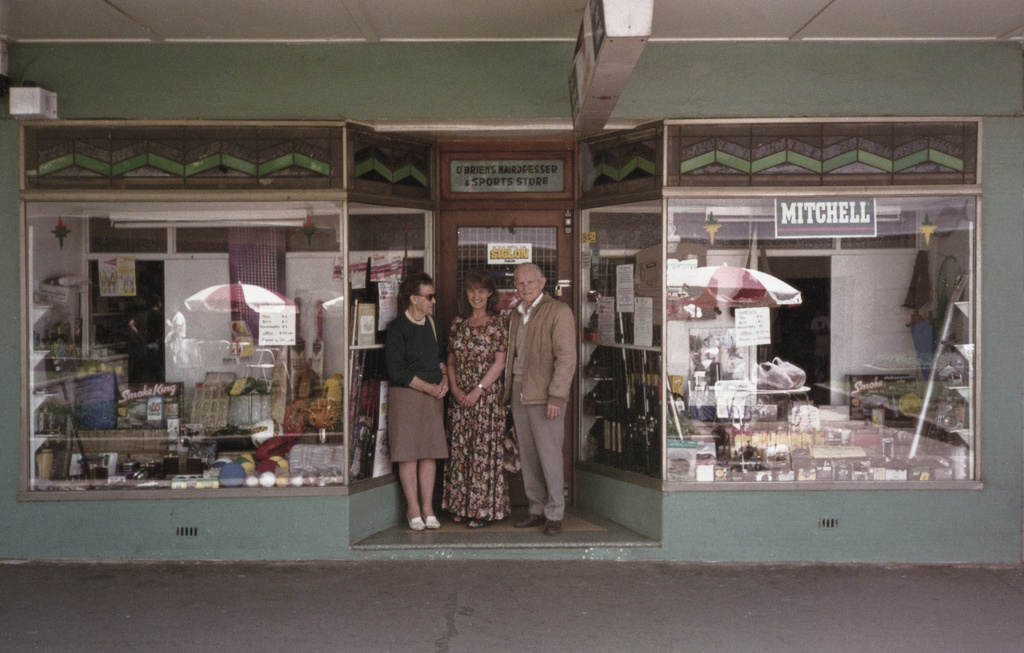 The O’Briens in front of their shop on the Lawns, Manuka

Harold ‘Mick’ and Mattie O’Brien’s Hairdresser & Sports Store operated on the Lawns at Manuka from 1934 to 1998. The era of that kind of mixed business has passed, as have shop fronts with stained glass frieze and deep-set display windows. In this photograph of their business, which appears remarkably unchanged into its sixth decade, the O’Brien couple – Mattie on the left (1915-2005) and Mick on the right – (1913-2000) are standing with their daughter Joy (born 1940).

The O’Brien’s sign is material evidence of a business that spanned 64 years of Canberra’s urban history. Its owners, Mattie and Mick O’Brien, come from family whose story extends back to the pastoral settlement of the Limestone Plains in the nineteenth century.