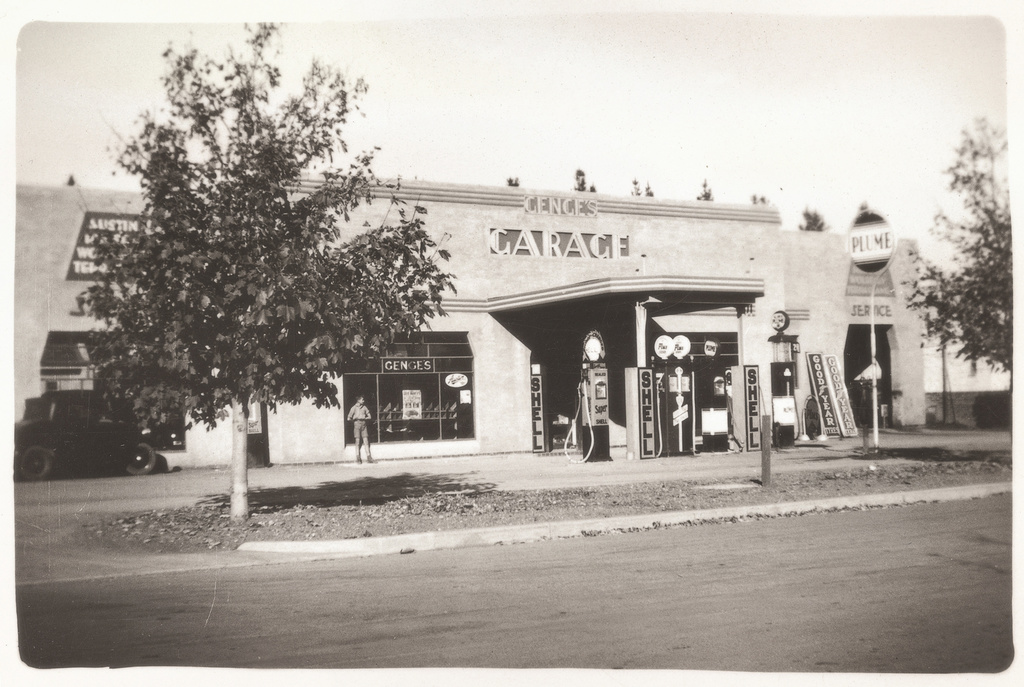 Canberra has long been referred to as a ‘Public Service Town’. The populist image of a public servant sitting all day long (well, for 7 hours and 21 minutes), being served tea by a tea lady with a trolley and enjoying a taxpayer-funded city survives today. However private business has always been strongly represented in the nation’s capital.

Those associated with the construction of the city were the first public servants paving the way for the transfer of government departments from Melbourne in 1927. The initial wave of white-collar workers included employees from the Prime Minister’s, Attorney-General’s, Crown Solicitor’s, Treasury, Home and Territories and Markets and Migration departments. With few businesses to service this growing population, enterprising individuals could see a profit to be made from the government pay packet. Private businesses opened their doors as soon as the workers arrived, their fortunes rising and falling with those of the city.

Reginald ‘Reg’ Robert Genge (1902-1988) operated a branch agency for Austin cars at the West End Garage in Queanbeyan until c.1930. In 1934 he purchased for £1 a business site in Mort Street, Braddon, from which he operated a garage and Austin Car dealership. He sold the Mort Street site around 1959 and bought a site at 7 Lonsdale Street, Braddon where he traded until 1969. The collected ephemera from Genge’s Garage is evidence of a significant private motoring business in Canberra and Queanbeyan, and the accounts ledger reveals that customers included well-known Canberra families such as the Cusacks, the Southwells, the De Salises, the Edlingtons, the Finlays and the Prowses. The business played an important role in the life of the Canberra community for 35 years. This precinct of Braddon is still popular with vehicle-based businesses and Genge Street, which links Bunda Street in the city with Lonsdale Street, was named after Reg Genge and declared a public road in November 2004.