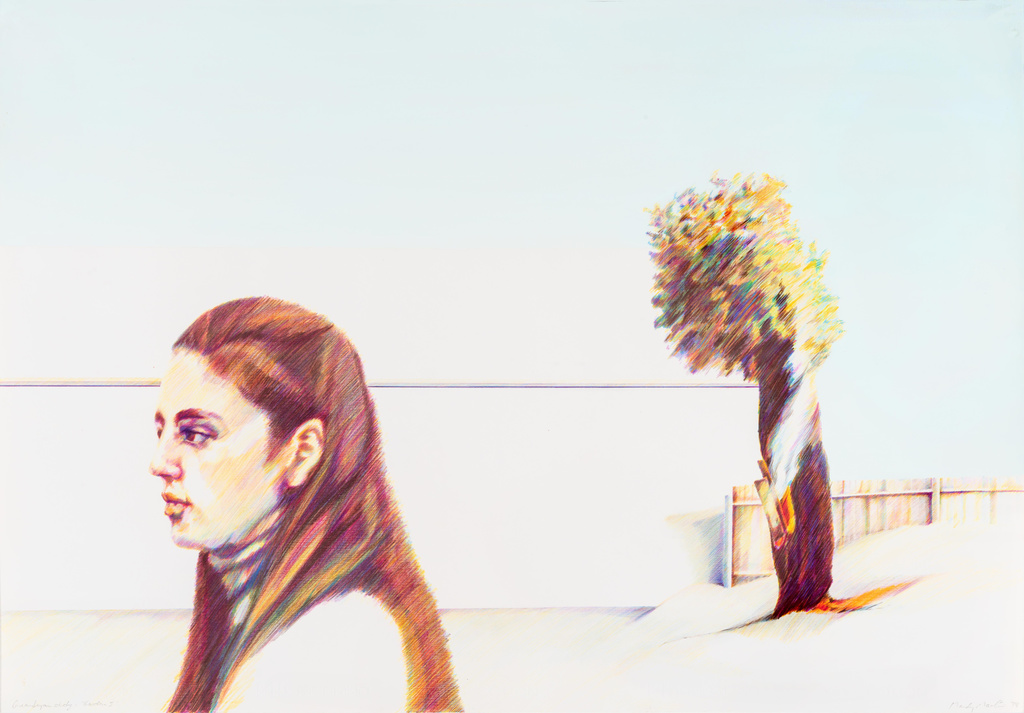 Portrait of a young woman Peppina Sobara with a pruned tree and fence illustrated in gouache.