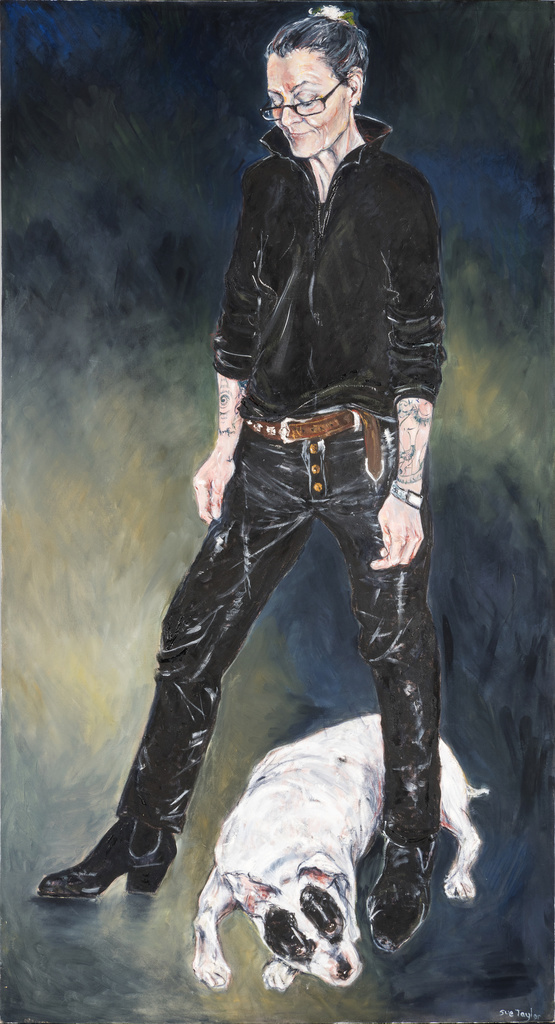 eX and Reg (eX de Medici and her dog Reggie)

eX and Reg was a finalist in the 2007 Archibald Prize at the Art Gallery of NSW, Australia’s oldest – and arguably most prestigious – art award and one of the most talked-about highlights of the Australian visual arts calendar. It is a significant achievement to be selected for this exhibition, which consists of portraits painted from life of men or women ‘distinguished in Arts, Letters, Science or Politics’ and is judged by the trustees of the Art Gallery of New South Wales. In 2007 640 entries were received, of which only 41 were selected as finalists.

Sue Taylor is well-known for her portraits of notable members of the creative community of the national capital, and the painting eX and Reg (eX de Medici and her dog Reggie) is a spectacular work in this oeuvre, portraying this celebrated Canberra artist in a full-length life-size portrait. With its sombre palette and dramatic contrasts the work captures the intense character of its subject and also her sense of humour and close relationship with her beloved dog Reggie.