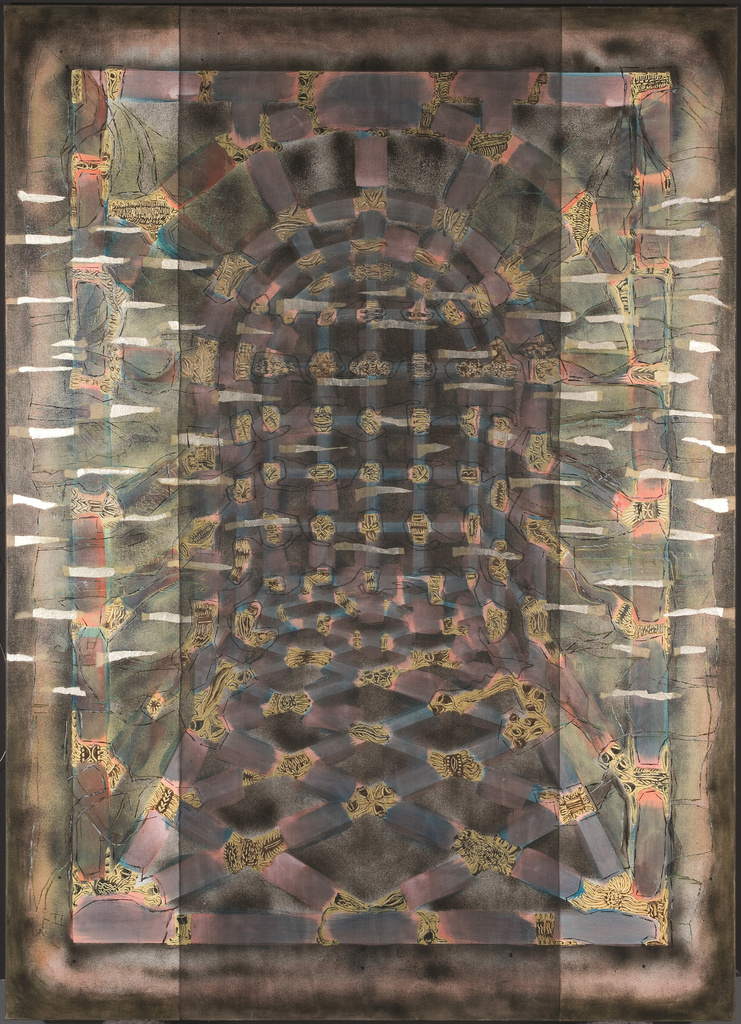 Helen Geier is a major local artist with an important national reputation and international profile. From 1979 to 1991 she lectured at the ANU School of Art before retiring to work full-time on her studio practice. Geier has been exhibiting regularly since 1974. Her graphic work was the subject of a 30-year survey, Different fields of vision (1999) and her paintings shown in a major survey, Dissolving view: The intellectual landscape of Helen Geier at Canberra Museum and Gallery (2001). The artist has been the recipient of numerous awards and prizes and in 1997 was named the Canberra Times Artist of the Year.

Screening as a formal device or screens per se have been present in Geier’s work since the early 1970s. From the late 1990s they assumed paramount importance and provided the conceptual and aesthetic impetus for the Shoalhaven archway series of 2000, of whichs Archaic threads is exemplary.

This is an important work in that it sums up much of the artist’s concerns over the previous decade and points to future directions.

Formal layering for the exposition of concept is clearly present. Each work in the Archway series is given individual identity. Geier purposefully limits her pictorial repertoire but skilfully composes the components of this so that each work retains its own character yet alludes to others in the series. Here, subtle interpolations such as references to Australian flora assist in determining Archaic thread’s unique identity. The work’s conceptual boldness and accessible aesthetic beauty proclaim the underlying validity and strength of the artist’s expressive means.

Purchased with funds donated by the Westpac Banking Corporation 2000