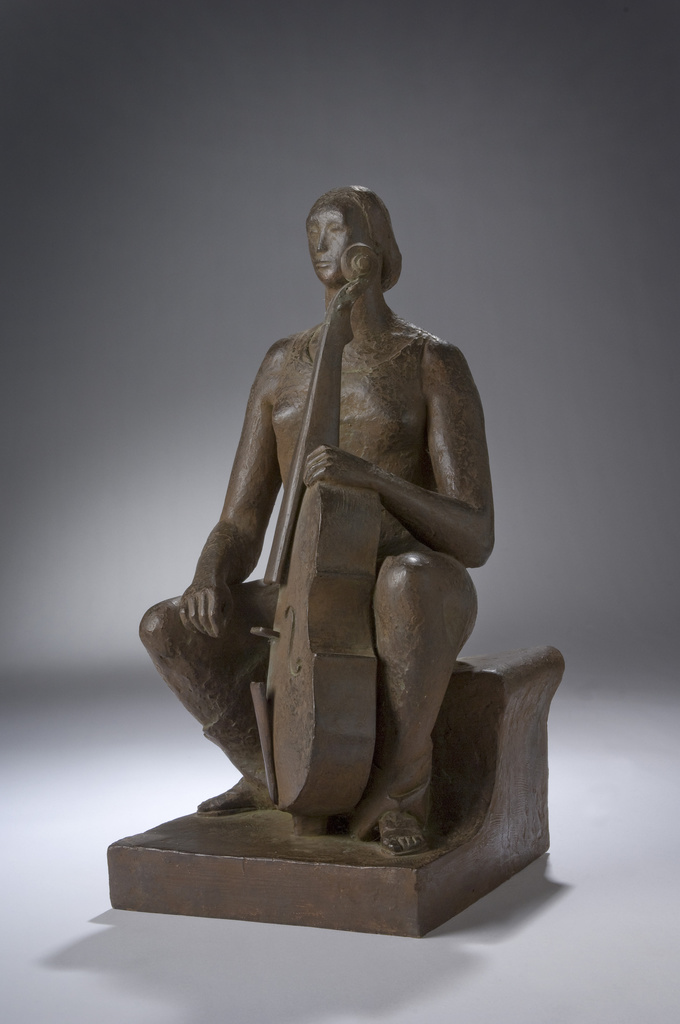 Free-standing sculpture 'Cellist' by Jan Brown. The sculpture is brown in colour and made from plaster. It depicts a seated female figure holding a cello. The figure has one hand on the cello, the other on her knee. She does not hold a bow, and the cello has no strings. 'Cellist' was Brown's exam work for her diploma and was produced over several weeks; with it she became the top graduating sculpture student in the United Kingdom that year (1949).

Canberra Museum and Gallery, gift of the artist 2008