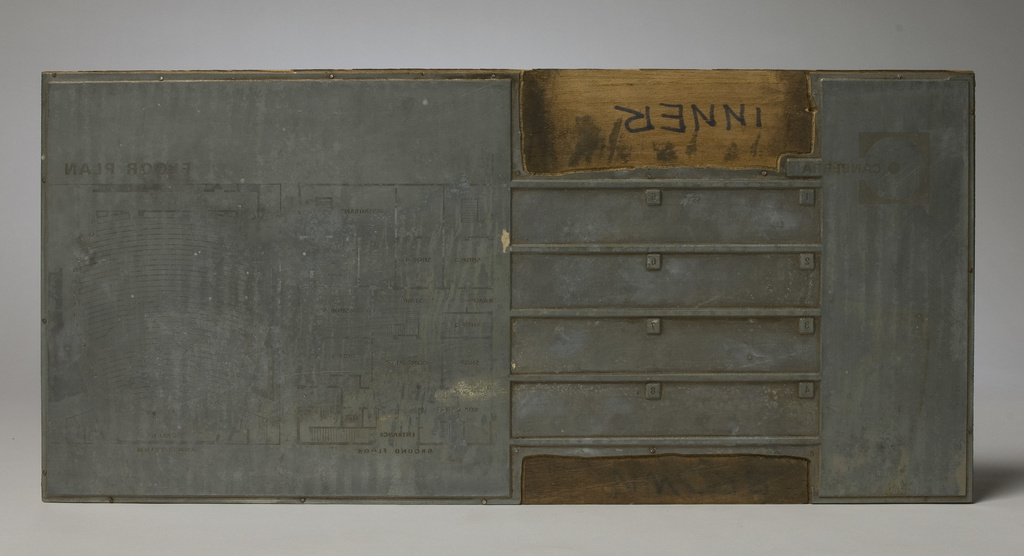 These blocks were used to print the first programme at the Center Cinema, Bunda Street, Canberra. The printing blocks consist of metal plates fixed to wooden backing boards.

The Center Cinema building was the idea of Dr Darrell Killen, local businessman, entrepreneur and film enthusiast. The building was designed by Enrico Taglietti in 1964 and was opened by Lord Casey, Governor General, on 4 October 1966 with an Australian Premier screening of Dr Zhivago.

In an interview given just before the Center Cinema closed on 1 June 2003, Taglietti described the cinema as, ‘…not only a cinema, it’s a social space, it’s part of Canberra’.

In 2007 Taglietti was awarded the Royal Australian Institute of Architects’ Gold Medal, the highest honour that the Institute bestows. The citation for the Award states that Taglietti’s architecture is, ‘…highly significant in Australian architecture, both for its individual character and for its regional base in Canberra…’.

This is one of 19 items included in CMAG’s Center Cinema Collection which also includes signage, an architectural model, cinema seating, posters, tickets and programmes.