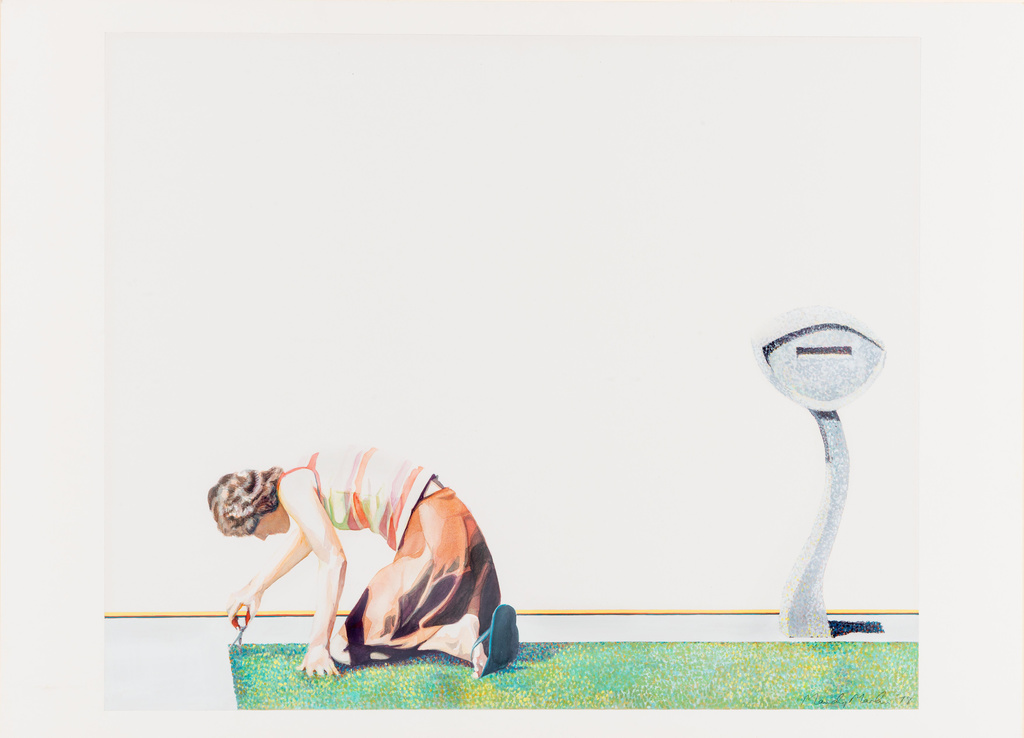 A gouache illustration of a woman, shown on her knees trimming a patch of lawn with scissors, beside a letterbox of her Queanbeyan house.